Fifty-five years ago in the September 1965 issue of NGM, Melville Bell Grosvenor wrote:

The camera and the printing press have been your Society's tools for 77 years, disseminating knowledge of the world and its people through books, maps, school bulletins, news bulletins, monographs, and the journal you are reading. Now we add the broadcasting tower - and your own television set.

Beginning this month, you can enjoy such adventures in your own living room, as the National Geographic Society enters the new medium of color television.

What did/does this mean for collectors? As collecting godfather Edwin Buxbaum wrote in his 4th guide book:

"The collector's interest in the television programs will probably be focused on the announcements . . . The collector will want a complete set of these [inserts]. This means that not only will [they] want a copy of the [NGM] containing the perforated page intact but [they] will also want a [insert] in folded form taken out of another issue. The whole series of these [inserts] forms a very nice descriptive outline of the television broadcasts."

There were a total of 34 perforated inserts from December 1965 - May 1974. Note that the first Special of 10-Sept-1965, "Americans on Everst" did not have a perforated insert, rather, a 5-page article by MBG discussing the debut of the series of "Specials".

As indicated in Buxbaum's 4th guide, these inserts were perforated and when removed from the magazine, meant to be folded once, so that the reader/viewer could place on their TV set or end table. They were numbered as page "A" and "B" so that there was no disturbance in the pagination of the NGM issue. When a "Special" was set to air, that months' NGM also featured a red banner across the bottom of the front cover indicating such; commencing with the December 1967 issue, the red banner was extended to include the spine edge with the word "TV" printed on it. '

The perforated inserts and the red banners on NGM covers was discontinued after May 1974.

There is a rarity item hidden in this: the 1st announcement in the September 1965 issue was reprinted with a cover, showing one of the Everest mountaineers in the colorful clothing actually worn during ascent. At the time the 4th guide was published (1971), this announcement was no longer available from the Society. I'd love to see one!

I've created a photo album gallery of the 33 inserts (scanned images of front and back) plus scans of the 5-page article by Melville B. Grosvenor. The link to the album is here ----->

I also attach to this discussion an Excel document checklist of the tear-outs with Special airdate, and title info.

Thank you for sharing this, Scott. Yes I noticed that too and also wondered. I have those 2 variations noted in my excel checklist. Originally I thought perhaps they advertised a month early due to their airdate(s) being so early in the next month, but other airdates of 'Specials' were early, or earlier than these 2 in question.

Some other interesting facts about the specials are that from 1965-1973 they had aired on CBS. Four specials aired each season on CBS with the exception of the 1972-1973 season which had only aired three. Then, the specials moved to ABC for the 1973-1974 season where four of them aired. The Desert Bushmen of the Kalahari was supposed to air in April 1973 but another National Geographic special The Haunted West aired that month. According to the National Geographic May 1974 issue tv pullout The Bushmen of The Kalahari did not air supposedly due to a strike. The Wolper website does list The Haunted West as airing on April 12th 1973. All the April 1973 National Geographics I’ve seen list the Bushmen special. No specials aired during the 1974-1975 season due to the networks not committing to air the specials. Beginning with the 1975-1976 season they aired on PBS. n

I was finally able to look at the checklist and noticed the January 17th 1973 special "Strange Creatures Of The Night" is not on the list. Did that special not air at all? The Television Obscurities website wrote an article about the specials back in 2011. In that article someone noted The Haunted West special aired on April 12th 1973. It rated 31st in the ratings that week.

Actually, it looks like I missed that one in my list, and in my scanned images! I'll add it in, thanks for catching this one. 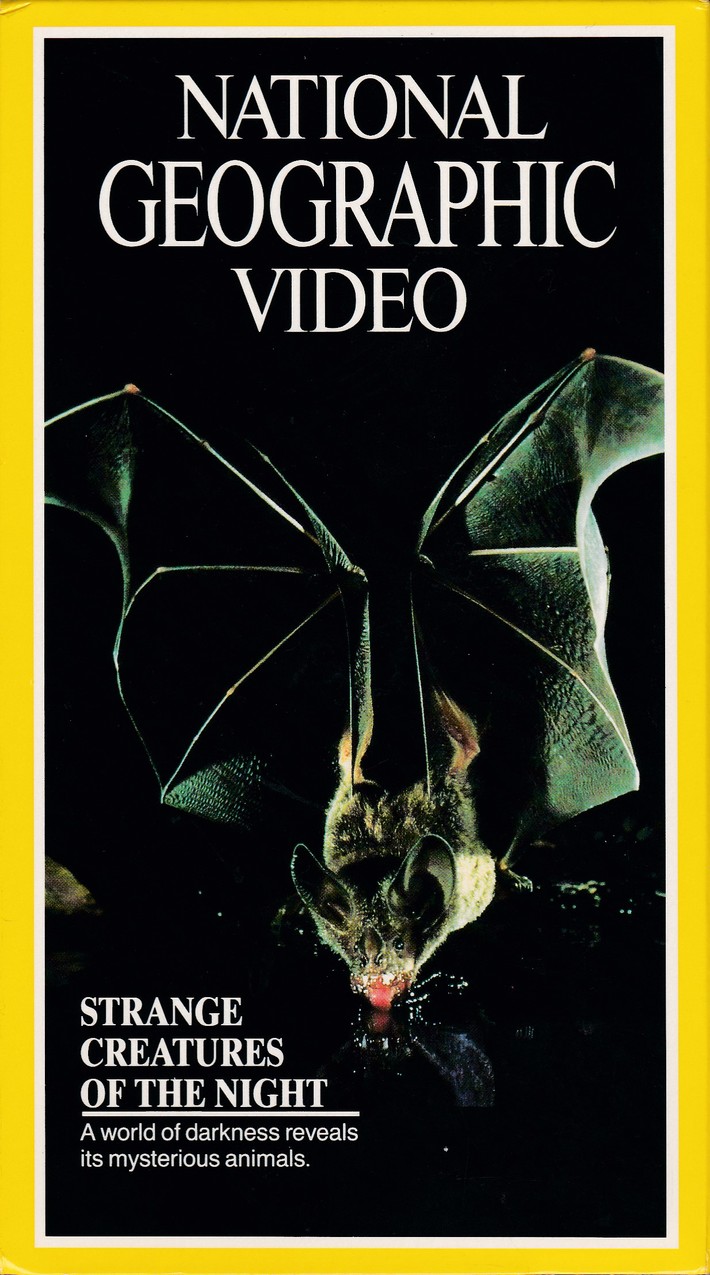