This is another in a series of brief reviews of National Geographic Magazines as they reach 100 years of age. 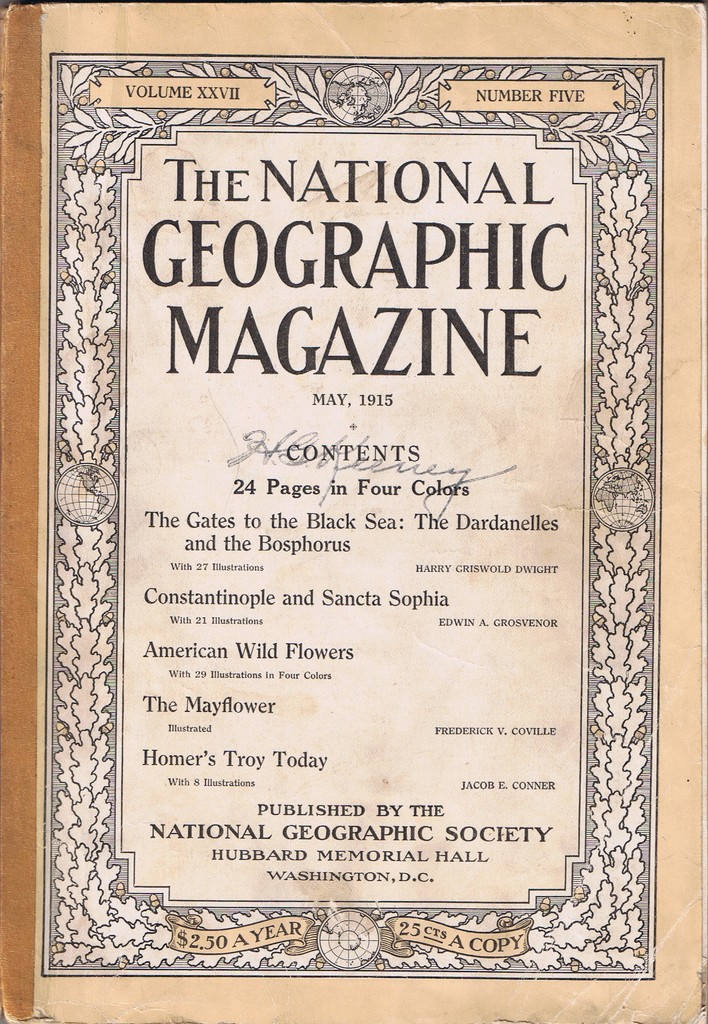 The first article is about the link between the Mediterranean and Black Seas: the Dardanelles, the Bosphorus, and the lake between them, the Sea of Marmora.  Then, as it is now, this region is part of Turkey.  In keeping with the the Society's neutrality in the Great War (prior to the U.S. entry) there is only a brief mention of the English and French fleets and their siege of the waterway.  Instead the article discusses the beauty, climate, and history of the area.

The second article discusses the history and architecture of the city of Constantinople on the European side of the Bosphorus.  In particular the great church of Sancta Sophia from its construction to its capture by the "Mussulmans".

The third article is another one of the NGM field guides (a la Peterson), this one on American wild flowers.  The first 22 pages contain 29 color drawings of flowers in bloom with all but the last one being drawn by Miss Mary E. Eaton.  The last flower was drawn by J. M. Shull and is referenced in the fourth article. Following the drawings are eleven pages contain a brief intro followed by a detailed description of each flower including its common name, Latin name, page of the drawing, and information like range, type of soil, and other interesting facts.

The fourth article "Published with permission of the Secretary of Agriculture" is about the first ever growing from seed of the Mayflower, or trailing arbutus.  As stated before the drawing of this flower in the preceding article is referenced here.

The fifth and final article returns to Turkey and discusses the ruins of Troy on the "Hill of Ilium" located a few miles south of the Dardanelles.  While most of the article is first hand observation, Schliemann's work from 40 years earlier is also mentioned.  On the last page of the article (page 532) there is a map of western Turkey for referencing locations mentioned in this and the first two articles. 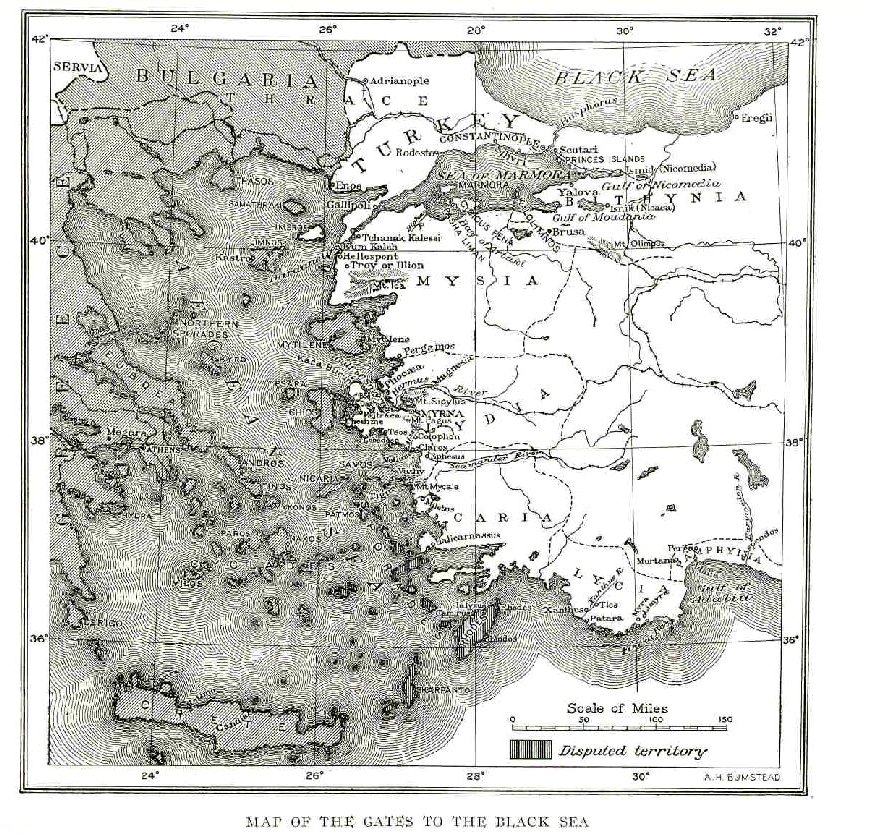 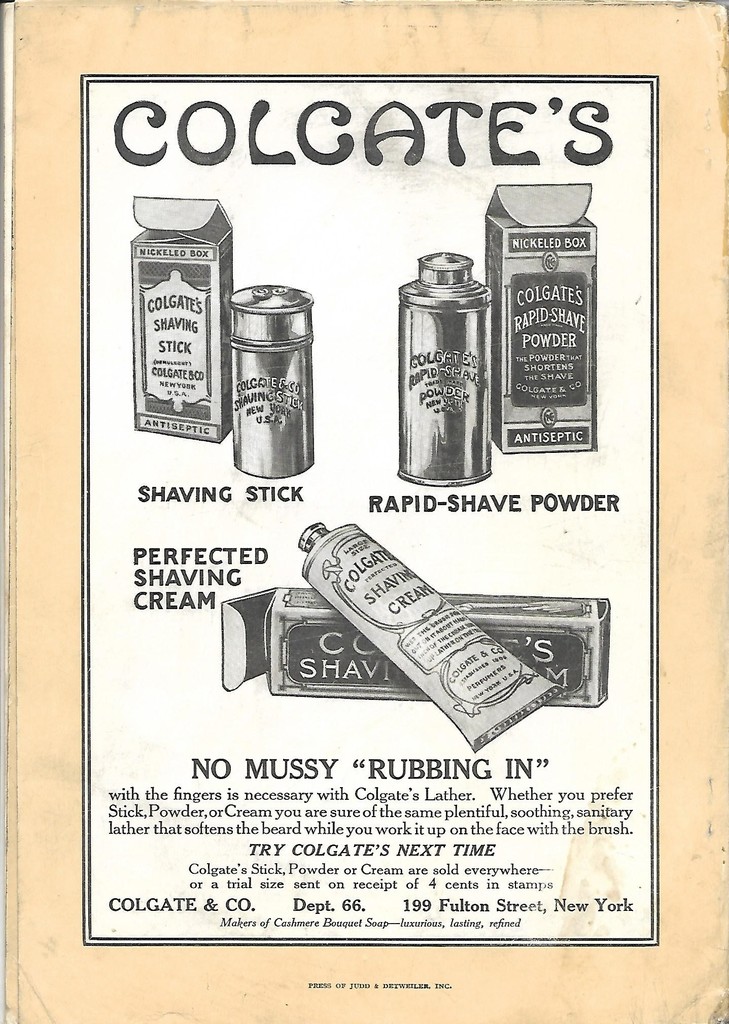 I guess we're already "missing" a comment. May I ask what the question was to better understand your responses?

Russ Faryniak asked if this was the first instance of color being used in the Nat Geo.  Apparently he deleted his question leaving Mel's and my responses orphaned.

oh, you know what Mel? I suddenly had a light-bulb moment. Your comment here is quite consistent with the trend well established in the 60s-90's where the November issues always had a tendency to have something extra, special, or "first", and the Nov's were always/usually thicker during this era than the rest of a calendar-member year.

Somewhere I saw it said that this was very intentional, as Nov (along w/ July) was renewal time, and they always wanted to re-impress members at ... decision time. This was during the time when you received the whole year's back-issues all at once, if you were joining in mid-year for instance.

Of course, none of this was applicable after the newsstand availability commenced, though, I notice certain Nov. issues throughout the latter 2000's and 2010's are thicker than the other 11, esp. June-Sept's, which have gotten quite thin and "bony" this past several years...

As Mel has said, colorization, while not the norm, was in use for several years before 1915.  Another two examples are the March and October 1914 issues that have a few color (or colorized) photographs among the many black and white ones.

Note: I just added a map referenced by the first, second, and fifth articles in this issue.  (Thanks Phil.)