30 Years ago this month, a stellar and worthy publication of knowledge and science and information was sent out to charter members and other invited selectees . . . .

The Research Journal was actually conceived of  –in an abstract fashion-- back in December 1911 by the Board of Managers, inspired at the behest of Alexander Graham Bell back in 1900. Thus they resolved:

It is the sense of this Board that the National Geographic Society should undertake the publication of a technical journal, such publication to be separate from the Magazine; and that the subject, with this limitation, be referred to the Research Committee, with instructions to formulate a plan of publication, and report the same to this Board.

So in the Introductory ‘Letter to the Reader’ by Melvin M. Payne (by then Chairman of the Society), such was conveyed. Then, Editor Harm J. De Blij discussed the purposes of the Journal, and took care to indicate that unlike the Research Reports books, the Journal would be open to 3rd party (aka outside) parties. So in effect, the articles would not be strictly and only regarding the grantees/projects, co-projects, of the Society’s Committee for Research and Exploration.

In the “new” Journal, articles were to be submitted to the Committee for review. They also needed to be peer-reviewed prior to publication. Then, Letters Column, was open to “constructive” commentary on such articles and space would be allowed to the authors of the articles to re-butt or comment further, in reaction. The Features consisted of the Letters, and the Forum. One notable “feature” in 1986 was a letter paying tribute to the then-just deceased Dian Fossey. The Forum was to be shorter essay-type entries (submissions) which were either/or not ready for a complete report, or were an introduction to recent findings of any nature. As with the National Geographic Magazine, categories of subjects to be covered were many: anthropological, historical, geographical, oceanography, ornithology, archaeology, and etc etc. – anything which the Society supported or could fit within the mission of “the world and all that is in it”.

Essays (articles) were to be written in strict adherence to the CBE Style Manual, with Notes, Bibliography, possible footnotes, and an “Abstract” - an introduction – to said essay [CBE = Council of Biology Editors]. The guidelines were printed in each issue on the last page, and were signed by the Editor, H. J. De Blij.

Mr. De Blij sat on the Committee for Research and Exploration for years, is and was an honorary Lifetime Member of the Society, edited the Journal through the Autumn 1990 issue, and also functioned as ABC’s Good Morning America’s Geographer-in-Residence during that networks campaign for Geographic literacy in America, courtesy of then-Chairman Gilbert M. Grosvenor. Editor De Blij has written numerous books, some school texts, and was on staff at several universities, not the least of which, the University of Michigan (my home state).

The format and production qualities of the NGS Research Journal was of superb presentation; similar to that of the-then sister publication TRAVELER. It is quarto size, 6” x 5” and was on thick end cover paper, and heavy, glossy interior pages. The essays featured full-color photos and diagrams when submitted. Also, each featured on its first page an Earth icon, with a little Yellow border to indicate the location of the work being discussed.

For interest, refer to:

** Research Reports, the book series, was often referred to as "...those ugly little green books..." by more than a few people over the years. In fact, they were a noble effort at a true "increase and diffusion" in knowledge and scientific findings. The books were spear-headed within NGS by Leonard Carmichael (VP of Research/Exploration + Board Trustee; esp. former Secretary of the S.I.) and Melvin M. Payne (Society President) in particular, and the effort of getting them willed into reality fell to series editor Paul E. Oehser, himself a learned intellect and accomplished decades-long veteran of the scientific reports and Anuual reports of the venerable, beloved Smithsonian Institution. His work on/for/with the NGS's Research Reports was sort of a post-retirement gig for him.

...and now, a few preliminary images. Later in time, I will do a 'photo album' which will include a copy of all 40 issues, and other relevant images or scans that give a good representation of what this journal was. 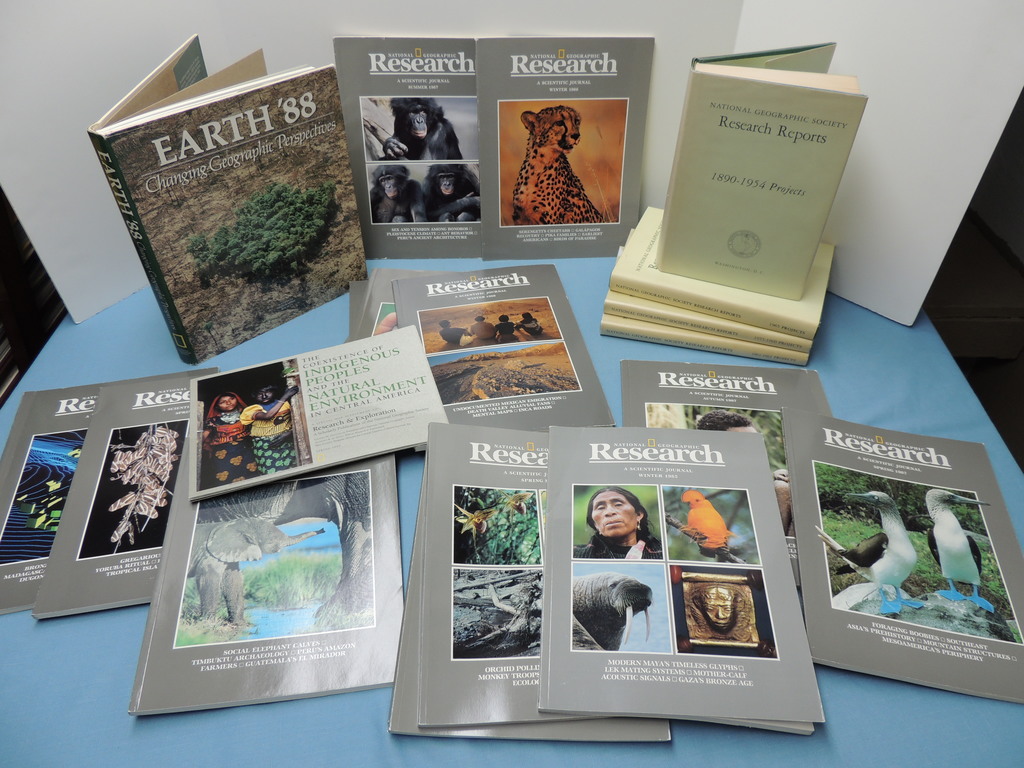 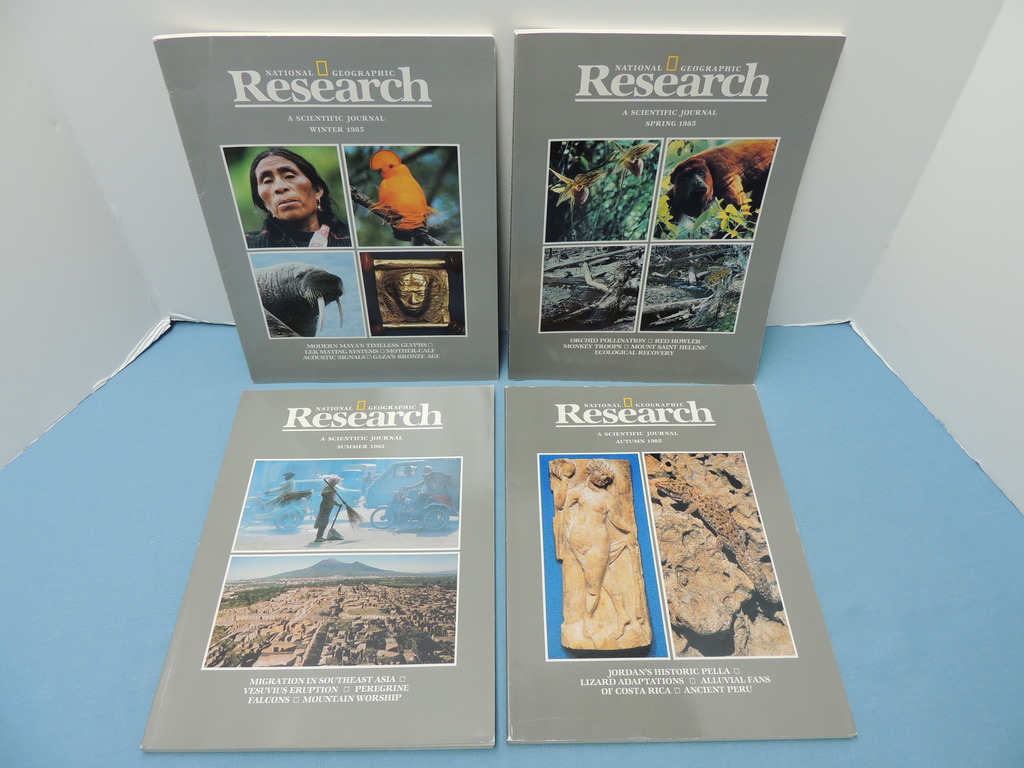