The Elusive White Breast on the Pages of National Geographic

On the Pages of National Geographic

Since the National Geographic Society has announced that they will no longer be publishing photographs of natives, au natural, I thought it would be a good time to write this piece.  “Get it off my chest” so to speak.   Time and again, the topic of nudity in the National Geographic has centered on the lack of white nudity.  The subject is usually framed in absolutes with words like “always”, “never”, and “must” being frequently applied.  First, I will give a few examples of these statements (with emphasis by me) and then I’ll show why you should “never say never”.

In their study of National Geographic and its readership, “Reading National Geographic” (1993), Catherine A. Lutz and Jane L. Collins discuss nudity in the magazine and the rational for printing it.  They conclude this discussion with: “All of this elaborate structure of signification, however, is built on a foundation of racial and gender subordination: in this context, one must first be black and female to do this kind of symbolic labor.”

In a 1992 issue of Nude & Natural, a nudist magazine, there is an article entitled “The Geographic Needs a Nude Attitude Adjustment”.  In it, the editor, Rob Boyte, discusses the disparities of black-to-white and male-to-female nudity.  He acknowledges that male nudity is now being shown, but only from Africa or South America.  As to the question of color, he posits, “A question to put to the white men who run the Geographic is why they don’t dare to show the white breasts of equally unselfconscious Europeans and North Americans”.

On the website “tribal nudity in National Geographic – Abagond” posted in 2013, the author uses absolutes throughout his/her treatise.  National Geographic “gets away” with nudity in the search for truth.  “But this love of truth only extends to black and brown people” and later “This love of truth does not extend to white people”.  The website cites a photo of Josephine Baker in the July 1989 issue to prove the point that the first “American” breast shown was black.

The predominance of non-white nudity is an undeniable fact.  But when absolutes are thrown around, it only takes one example to disprove the argument.  National Geographic, for its part, did not make it easy, but that same July 1989 issue referenced by the Abagond website and predating the book and magazine has provided the answer.  Even that proved not to be easy.  First, here is the aforementioned photo of Josephine Baker: 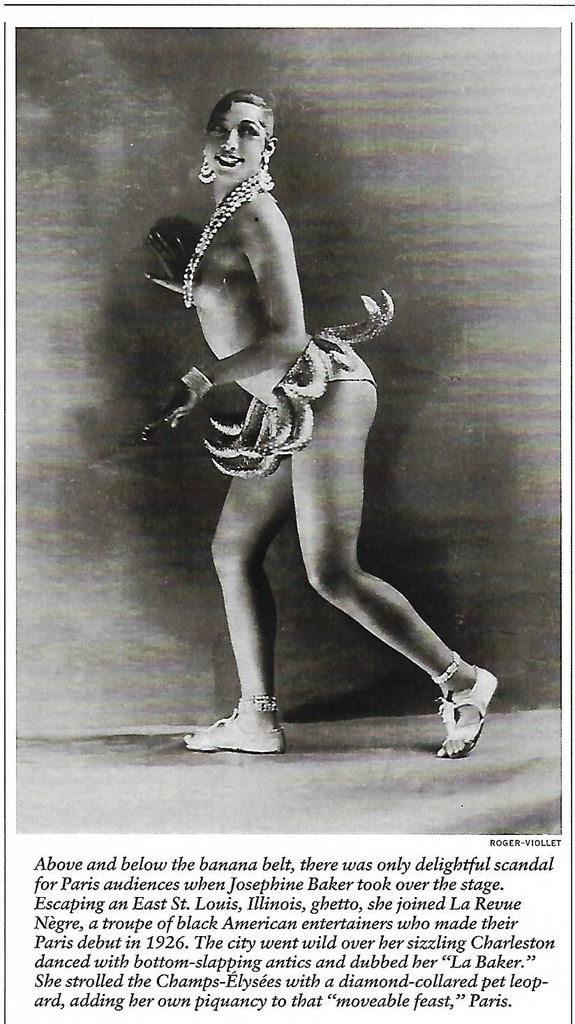 On pages 84 and 85 there is a very busy photograph of some French “streakers” crowding into a café.  You actually need to play a “Where’s Waldo”-like game called “Find the White Breast in National Geographic”.  Hint: there are actually two, one on each page, both right breasts. 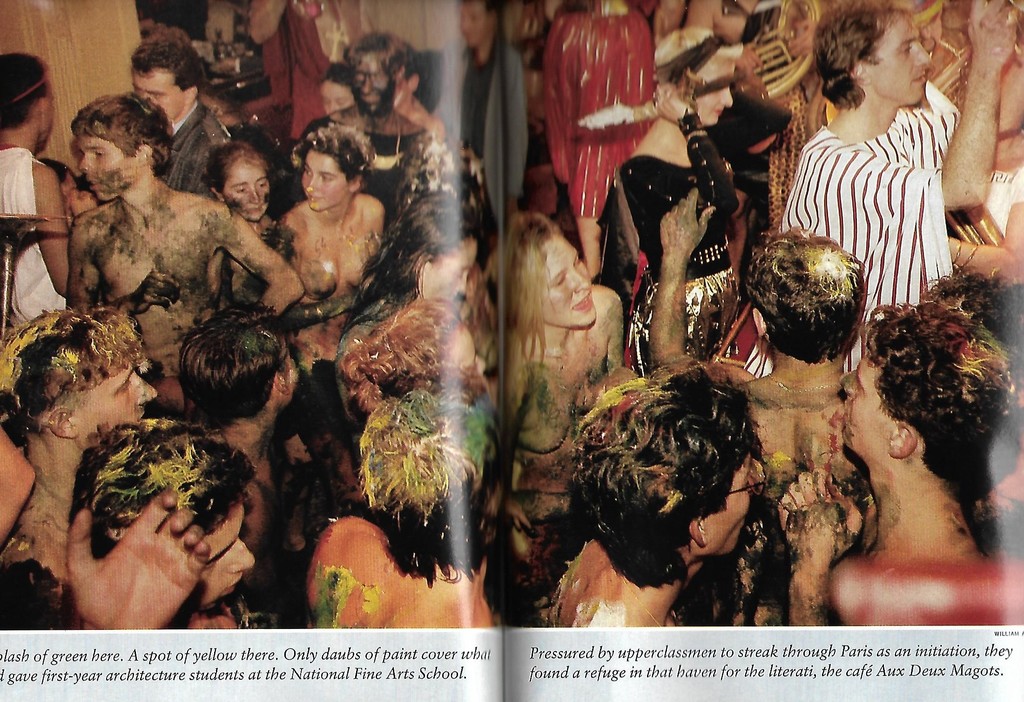 If you can’t make them out, here is a zoom in of the area of interest. 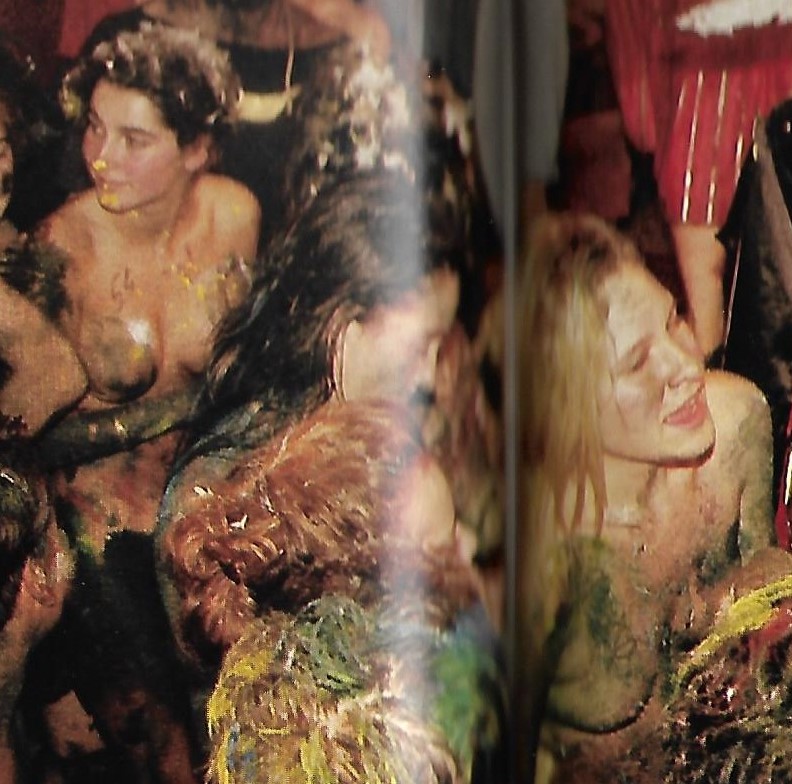 If you are still finding it difficult, here are isolated shots of the two Madamiselles. 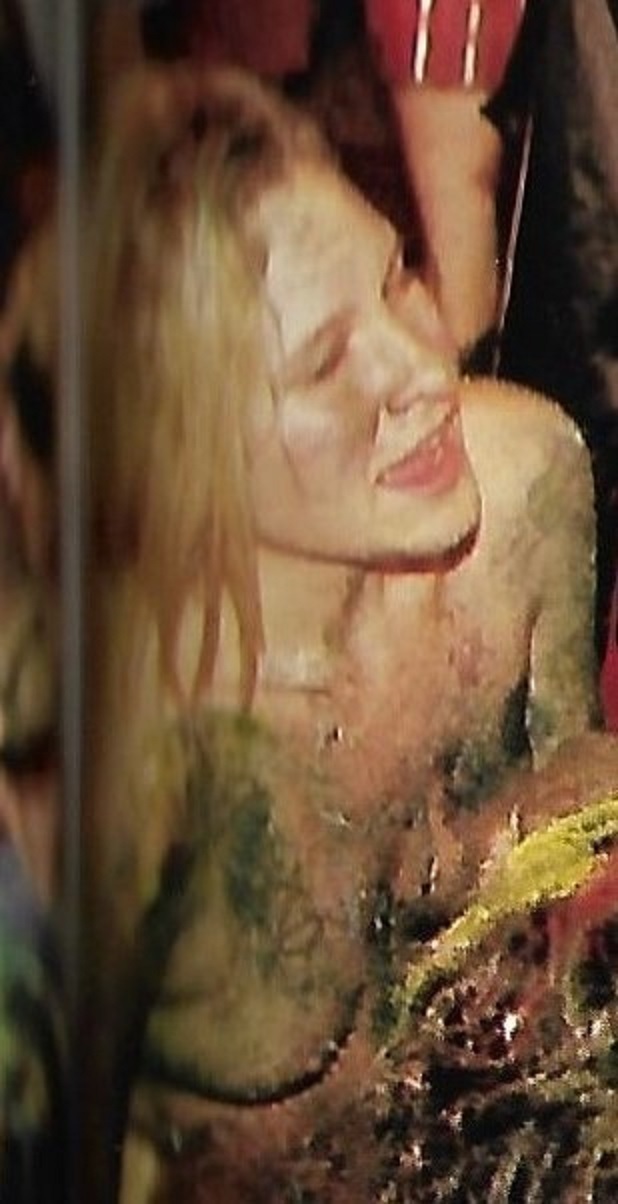 I hope this discussion isn’t offensive to anyone.  I just posted it to emphasize the dangers of using absolutes when discussing any topic.