This is another brief review of a 100 year old National Geographic Magazine. 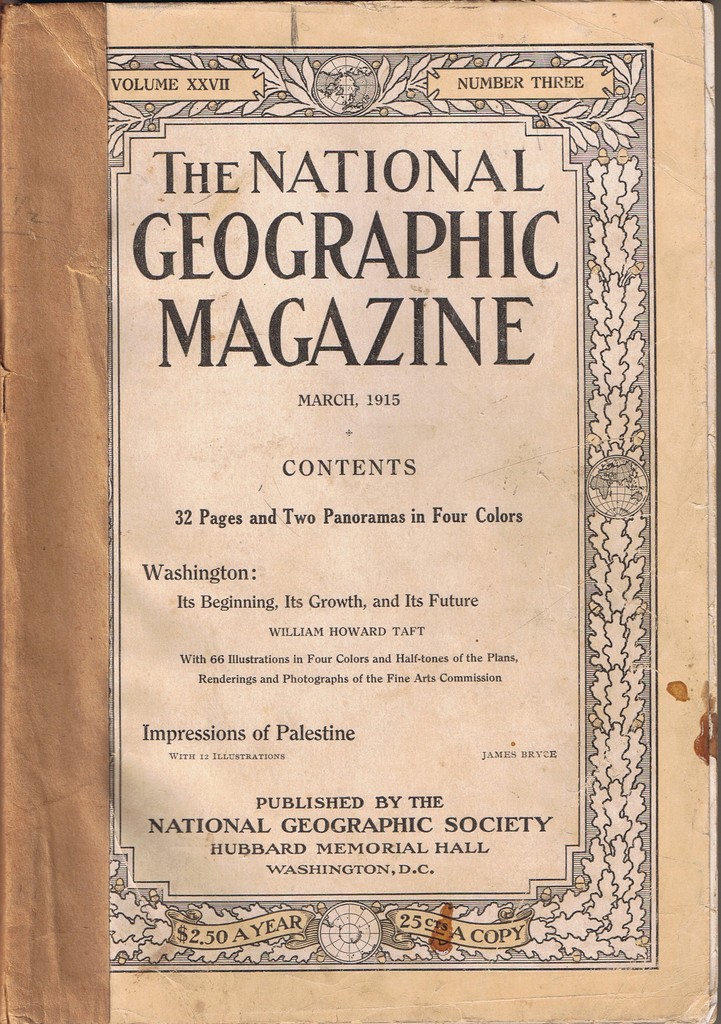 The first article, on our nation's capital, was written by then departing president William Howard Taft.  He reviews the history of the city from the bidding wars for its location; though the compromise that got it its current location; the design work of Washington, L'Enfant, and Jefferson; the 1840's, a time of states rights and small government (or as he referred to them as "little Americans"): "when Congress seemed determined to minimize everything national, it retroceded to Virginia the part of the ten miles square on the south side of the Patomac River..."; and finally to its last few decades of growth.

He then went on to discuss his life in DC and shows a genuine love for the city, its architecture, and its vistas.  The article contains numerous black and white, and color photographs of buildings and scenery, most are full page. On page 245, it also has a map of the ten miles square (100 square mile) nation's capital envisioned by our founding fathers. 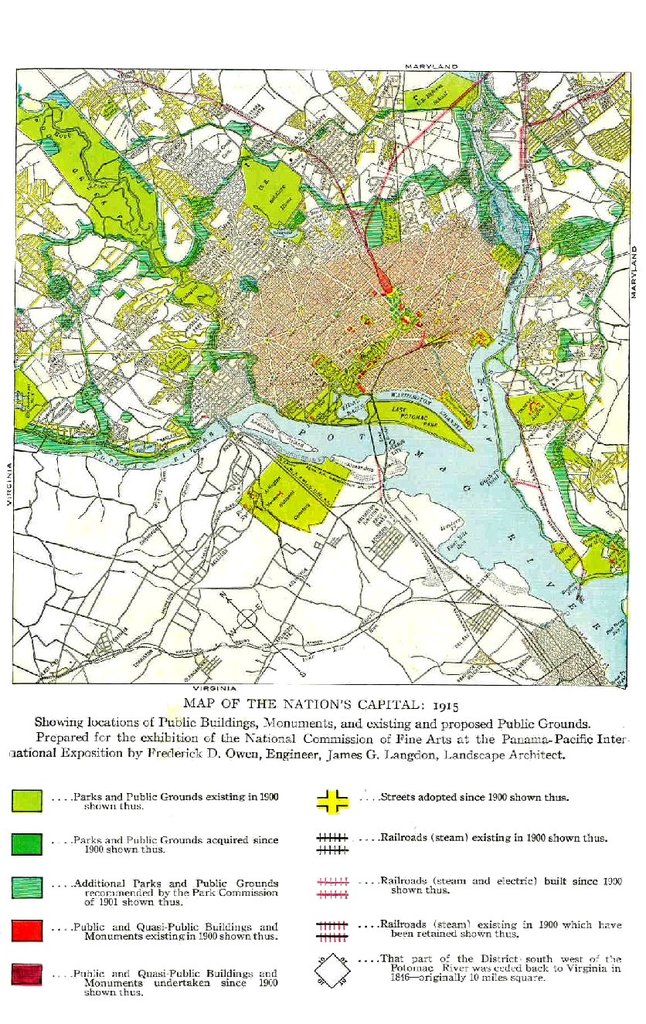 There are also two posters associated with this article similar to the current perforated ones that seem to be the only supplements (since there are no more maps).  They do not have perorations but, instead have a groove to help facilitate removal.  They are entitled "The Ultimate Washington" and "The Mall". 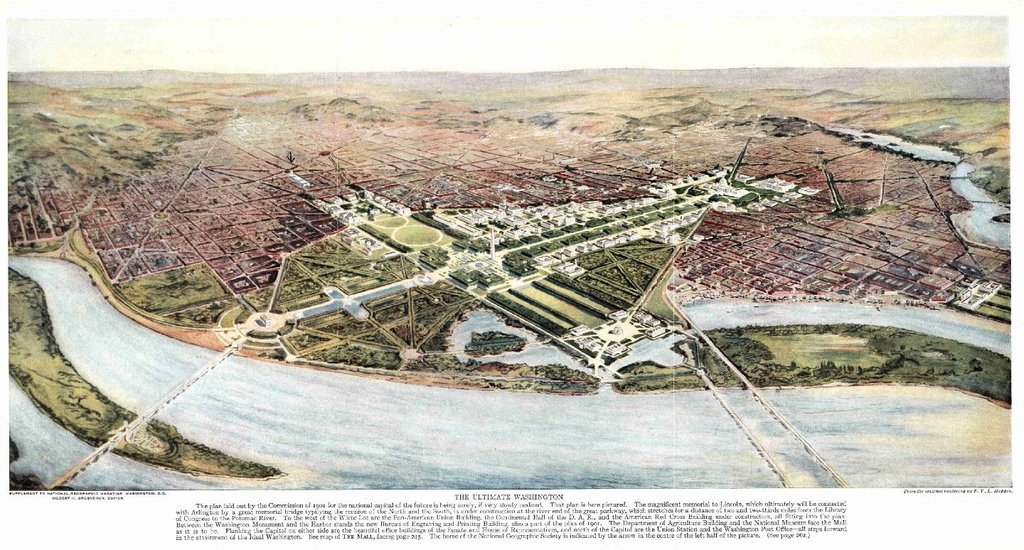 The second article is about Palestine and is written by the outgoing British Ambassador to the United States.  It seems he cannot overstate how small the holy land is.  He goes over its geography and it history; and reviews may sites in archaeology and in myth (where Perseus saved Andromeda from the sea monster, and where St. George slew the dragon).  He laments the almost constant warring throughout the history Palestine but also reminded the Christians of Europe that they themselves are currently at war.

The cover states "With 12 Illustrations" but I count 16 photographs and a sketch map of Palestine on page 312. 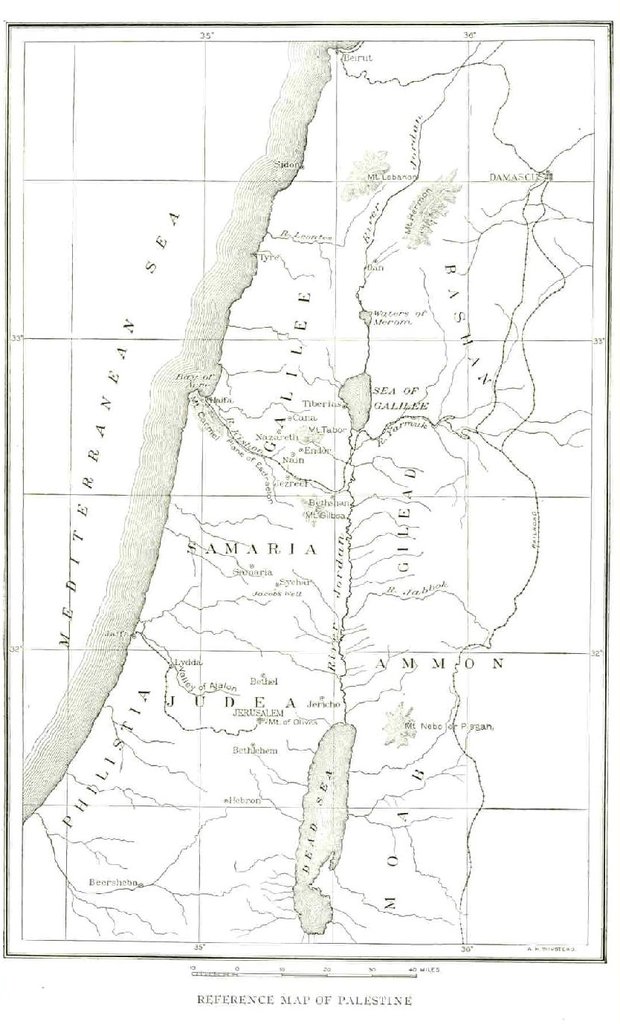 After the articles (and not documented on the cover) is a "Report of the Director and Editor of the National Geographic Society for the Year 1914".  Despite being in a recession, the year was "the most successful in the history of the National Geographic Society".  The article shows membership growth, includes the society's Guiding Principles, has a table of the last eight years of growth, and a list of assets. 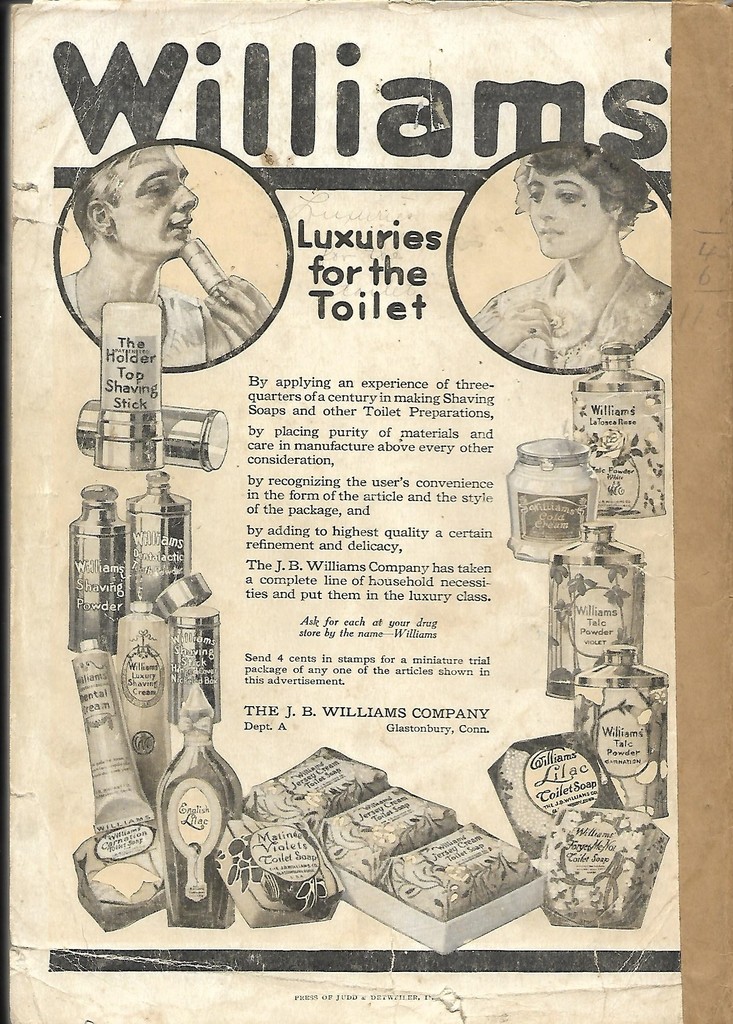 As usual , a very thought provoking review of our nations capital...

One of my most favorite issues!

Note: I just added a map to the first article of this review.

Note: I just added a map to the second article of this review.