This is the sixth in a series of brief reviews of a National Geographic Magazine as it hits its 100th anniversary of publication. 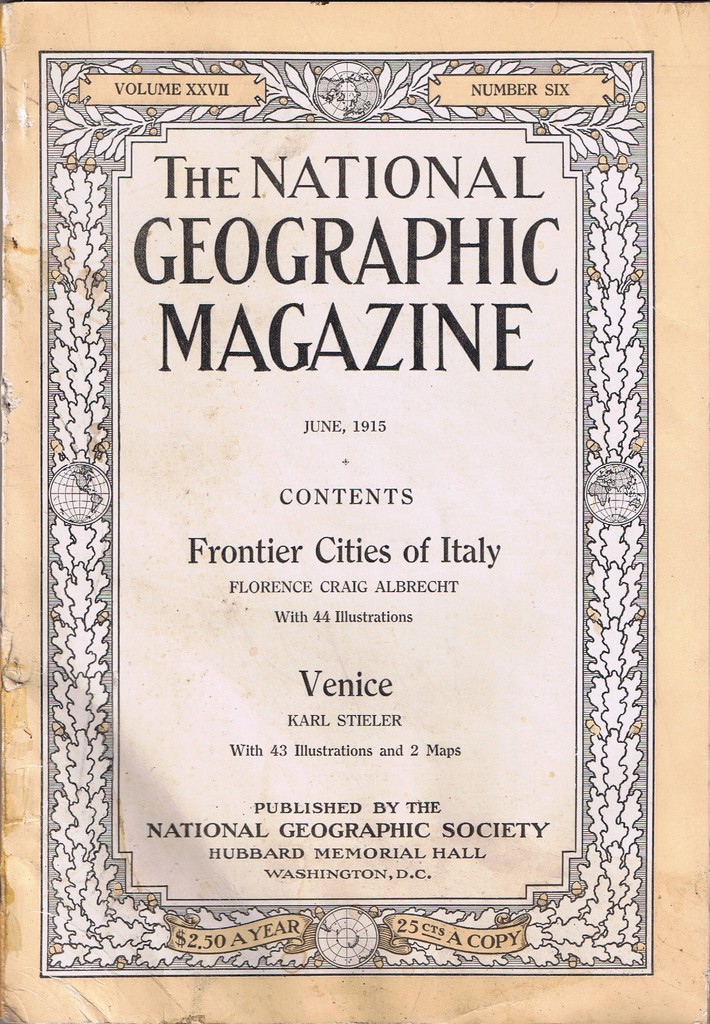 The first article "Frontier Cities of Italy" is written by Florence Craig Albrecht, the same author who wrote "Austro-Italian Frontiers", "The City of Jacqueline", and (my favorite) "Munster - The Town of Many Gables".  The photographer for this article, as with the others, is her husband, Emil P. Albrecht.

The tour of Northern Italy starts in Genoa on the Tyrrhenean Sea and then moves north, then east through the drainage basin of the Po river, town by town and lake by lake along the southern flank of the Alps.  Next come Pavia, then Certosa and Milan.  Then its on to the lakes: Como and its Villa Carlotta, Lugano, and Maggiore.

The last stop (in this article) is Verona where the author lingers, and describes in great detail both in history and in architecture.  There is even a visit to the tomb of Juliet.

Since Mrs. Albrecht didn't not write about the easternmost portion of Northern Italy, the National Geographic included a second article to cover it.  The article entitled simple "Venice" is an excerpt from Karl Stieler's book "Italy, from the Alps to Mt. Etna" [published by Chapman and Hall, London, 1877, 698 pages].  As with the first article, both history and architecture are covered in exquisite detail, especially the Cathedral of St. Mark and the Doge's (Duke's) Palace.

Most of the photos from Venice are not credited and are referenced in the article.  This implies they are from the book.  Two photos from Venice are credited to Mr. Albrecht meaning the couple did make it here but she didn't write about the visit.  As like many issue of this time there are several "extra" photo.  Emil is credited with several from the Tyrol region of Austria, first at the border but then in the town of Bozen and as far North as Innsbruck.  A few additional photo, credited to Lewis S. Rosenbaum, are from Rome and as far south a Naples.

There are two maps in the article.  The first, on page 628, is of Northern Italy and Southern Switzerland and Austria.  It covers the entire region covered in the first article (and all the way to Innsbruck).  The second, smaller map, on page 630, is a closeup of Venice and its surroundings.

Also on page 630 there is a special notice for members reminding them to submit change of addresses in case of summer residences because the next two issues are special.  The July number will have a map of Europe to allow members to follow the War.  The August number has another field guide, this one of game birds of North America. 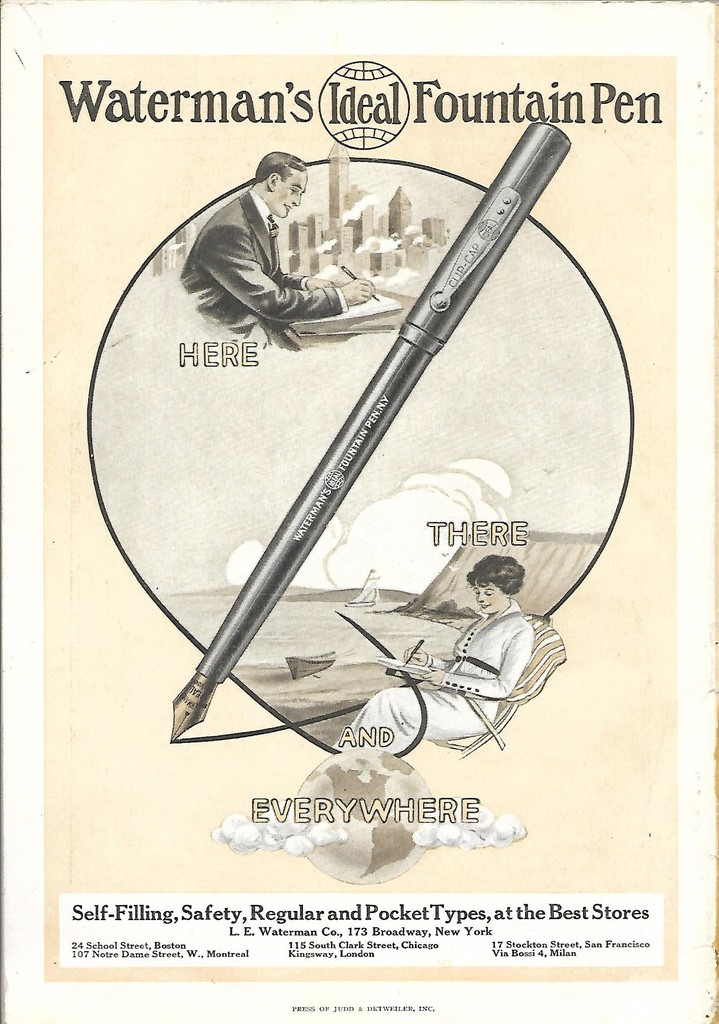 Here is a photo of the Ducal Palace from this issue courtesy of Philip Riviere: