This is the thirty-seventh in a series of articles reviewing a National Geographic Magazine that has reached its 100th anniversary of its publication. 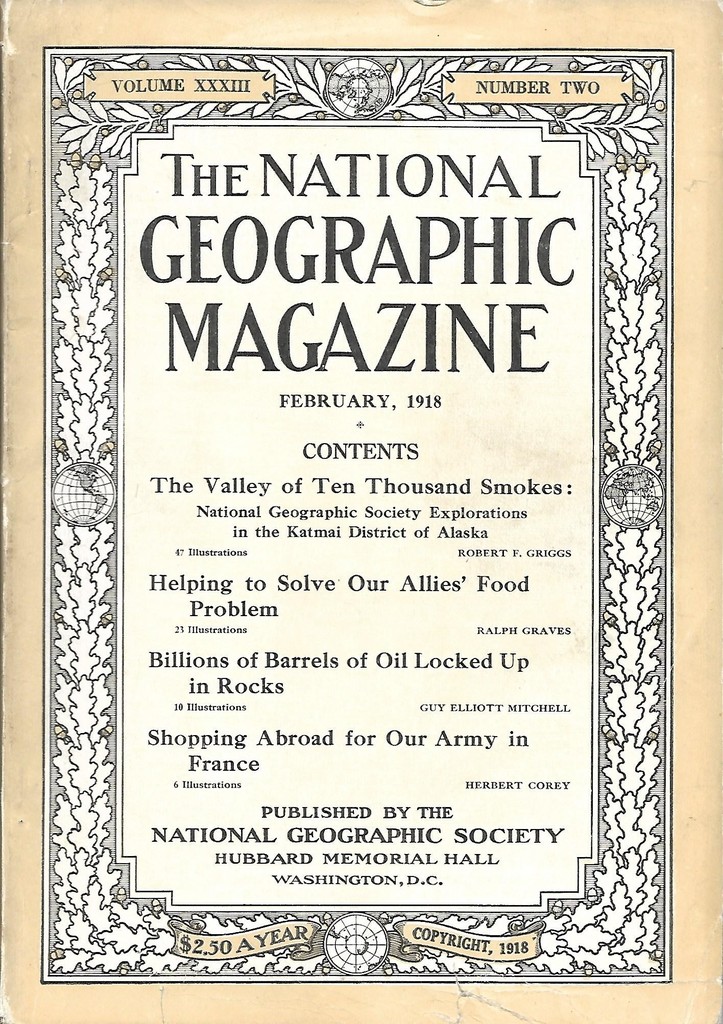 The first article in this issue is entitled “The Valley of Ten Thousand Smokes:” with the subtitle “National Geographic Society Explorations in the Katmai District of Alaska”. These are identical to the title and subtitle of an article in the January 1917 issue of National Geographic. Both articles were written by Robert F. Griggs, the leader of the expeditions. Of the “47 Illustrations” documented on the cover, one is a tipped-in pictorial measuring 8¼” by 25½”.

The remaining forty-six illustrations consist of a diagram comparing cross-sections of the Katmai volcano to the Hawaiian Volcano of Kilauea, an outline map of the region surrounding Katmai (shown below), and forty-four black-and-white photographs. Fifteen of those photographs are full page in size.
Before diving into the article, itself, here is a little background. The Katmai volcano erupted on June 6, 1912. The first expedition to the area, in 1912, was led by George C. Martin of the U.S. Geological Survey. His article of that expedition appears in the February 1913 issue of National Geographic.

The article starts with the expedition reaching Katmai Pass and viewing the Valley of Ten Thousand Smokes. The author compares the vista to Yellowstone and the Grand Canyon. Griggs was pleased that the valley was as he had left it, incredibly active. He greatest fear was that the activity he witnessed the previous year was some brief passing phase and the valley would be dormant. Instead, they found massive outpourings of steam, gas, and smoke. He describes this activity as a “safety valve” preventing another massive eruption in the area.

Words (and unfortunately the black-and-white photographs) cannot convey the spectacle of not thousands but millions of volcanic vents located in the valley. There are two types of vents in the valley, circular fumaroles or craters, and long, crack-like fissures. Once in the valley, Griggs’ fear switched from the valley being inactive to it being too active, life threatening in fact. However, with caution, the expedition was able to explore the entire region without incident. One unexpected challenge they faced was that the ground everywhere was hot and expressing steam. Their bedding got wet and was too hot to lay on without continually turning over. It was like being on a rotisserie.

With no wood available for cooking, the explorers used a nearby fumarole to heat their food and a likewise close glacier as a refrigerator. One benefit of staying in this outdoor sauna was that they did not suffer from the aches and pains of their labors. It was as if the vapors of the valley were a cure for rheumatism.

Griggs describes the multitude of odors in the valley, some identified and some not. The ones familiar included sulphur dioxide, hydrochloric acid, and hydrogen sulphide. Likewise, the colors of the areas surrounding the vents were varied and included reds and pinks, blues and browns, yellows (from Sulphur) and even greens from algae growing in incredible hot water.

He then describes other features of the valley including a lake and a river from glacial melt waters, and two mountains bordering the valley that had almost constant rock slides. One, Falling Mountain, had vents all along it face, while the other, Noisy Mountain, had no steam issues.

Griggs then allows other members of the expedition to write of their impressions of the valley. All of them were awestruck. Then the article covers the planning for, and the logistics of, the expedition. The article then briefly discusses the other explorations performed outside the valley, including the scaling of Katmai Mountain. The map of the area, mentioned before, is found on page 155: The article concludes with a discussion of the sheer size of Katmai. This includes the aforementioned diagram and a full-page photograph of the mountain with a line added to show the original size of the mountain prior to the 1912 eruption. It ends with a rather amusing discussion of how, if you took all the manmade structure in New York and put them in Katmai’s caldera, you wouldn’t even come close to filling it.

Between the first and second article there is a short (less than half a page) essay entitled “National Geographic Society”. It touts the achievements of the Society’s exploration and conservation efforts. These include Hiram Bingham’s explorations of Peru culminating in the discovery of Machu Picchu, Robert Peary’s reaching the North Pole, the $20,000 donation saving the giant sequoias in California, and Griggs explorations of the Katmai region of Alaska and the discovery of the Valley of Ten Thousand Smokes.

The second article is entitled “Helping to Solve Our Allies’ Food Problem” and was written by Ralph Graves. It has the subtitle “America Calls for a Million Young Soldiers of the Commissary to Volunteer for Service in 1918”. The article contains twenty-three black-and-white photographs of which eight are full page.

The “soldiers of the commissary” are boys and girls, ages 10 to 18, willing to raise (or grow) food to boost America’s production. This will be accomplished through clubs organized by the States and the U.S. Department of Agriculture. These clubs include corn clubs, poultry clubs, pig clubs, etc.; but the article focuses mainly on the pig clubs. As a matter of fact, twenty of the photographs in this article are of pigs and their owners.

The million-child goal can be reached easily since it is estimated that there are ten times that number of children ages 10 to 18 years of age in the country. Pigs can be raised, not only on farms, but also in towns and suburbs. These efforts have already been started, especially in the South, with remarkable results. Often the child’s club pig is outgrowing the farmers hogs by a significant amount. By training the child the latest techniques of agricultural science, these clubs are training the next generation of farmers.

The article continues with several stories of children raising pigs and sheep, and growing corn, for fun and profit. It ends with instructions on how children can apply to join a club and how the government can assist in the organization of these clubs. The goal is to expand these efforts to the Mid-Atlantic and to New England.

The third article is entitled “Billions of Barrels of Oil Locked Up in Rocks. It was written by Guy Elliot Mitchell and contains ten black-and-white photos, with three being full page.

The article projects an impending gasoline “famine” in this country due to the additional strain the war is placing on our oil reserves. The total amount of oil produced in the U.S. up to 1918 has been 4¼ billion barrels with an estimated 7 billion barrels still in the ground.

The author offers a solution to this problem. Currently in Scotland, oil is being extracted from shale rock at a rate of about 25 gallons of oil from each ton of shale. This industry is now 70 years old.

The United States has vast deposits of shale out west. This shale is even richer in oil than the shale in Scotland: from 40 to 50 gallons per ton, with some areas as high as 90 gallons, or more than 2 barrels per ton. Two estimates of the amount of oil from shale in Colorado alone amount to 20 billion barrels and 36 billion barrels. Other states have vast quantities of shale as well. Out west there are Nevada, Wyoming, California, and Montana. In the east we have Ohio, Pennsylvania, Tennessee, West Virginia, and Indiana.

A byproduct of the extraction process is Ammonia which can be used for fertilizers. These vast shale deposits assure that this nation will have gasoline available for generations to come.

The fourth article is entitled “Shopping Abroad for Our Army in France” and was written by Herbert Corey. It contains six black-and-white photographs, half of which are full page.

The article is about the Army Purchasing Board in France, an organization set up as a business. It is a business ten times the size of U.S. Steel; so large in fact it “could put the Standard Oil octopus in its pocket and never feel it squirm”. Its job is to acquire supplies and raw materials for Gen. Pershing’s expeditionary force and reduce the amount needed to be shipped from America.

Four hundred shiploads of things the American Army needs have already been purchase. It’s as if 400 ships have landed in the ports of France while German U-boats looking on helplessly. And it is not just purchasing this enterprise is performing, but also manufacturing using local workers, mostly women. It is also building railroads and repairing locomotives. Every ton of material purchased or built is one less ton needed to be shipped across 3,000 miles of U-boat infested waters. 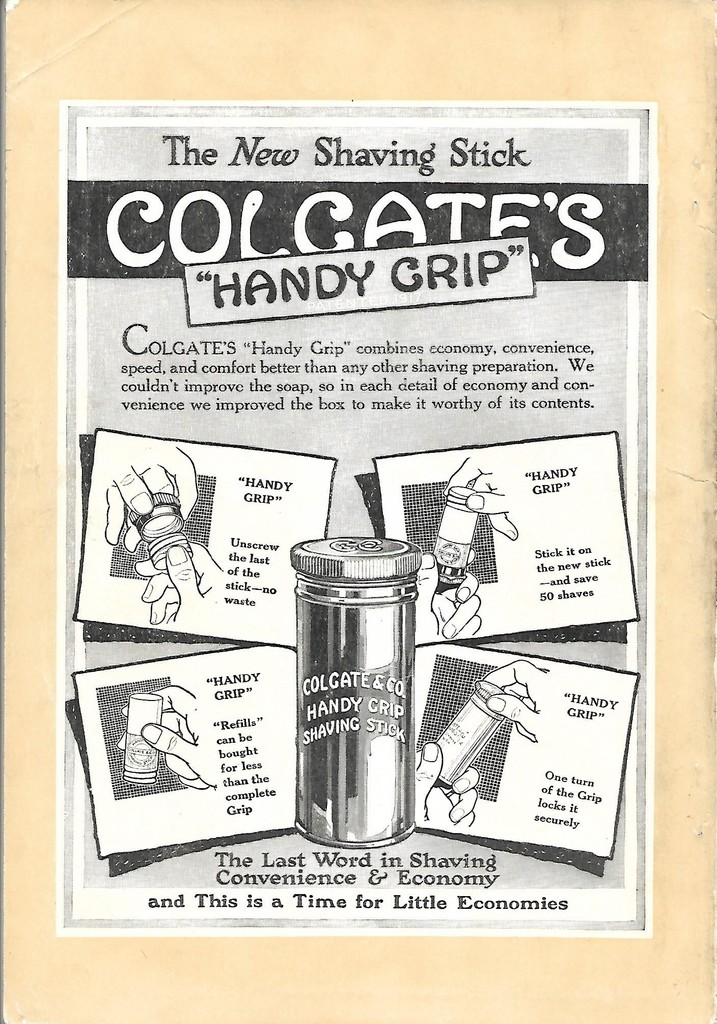 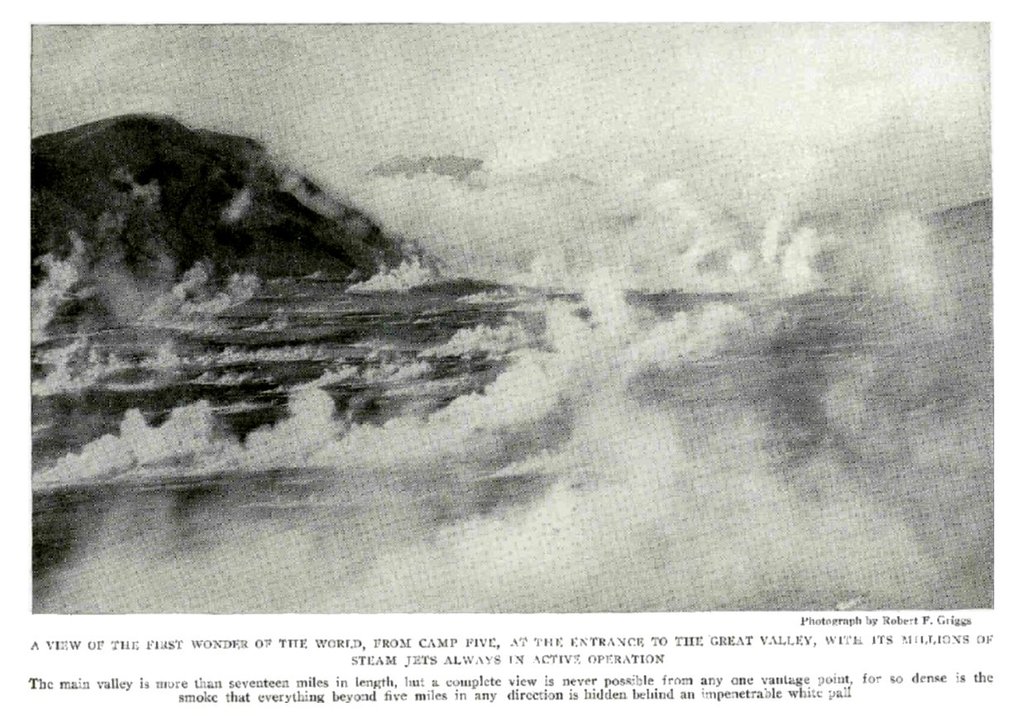 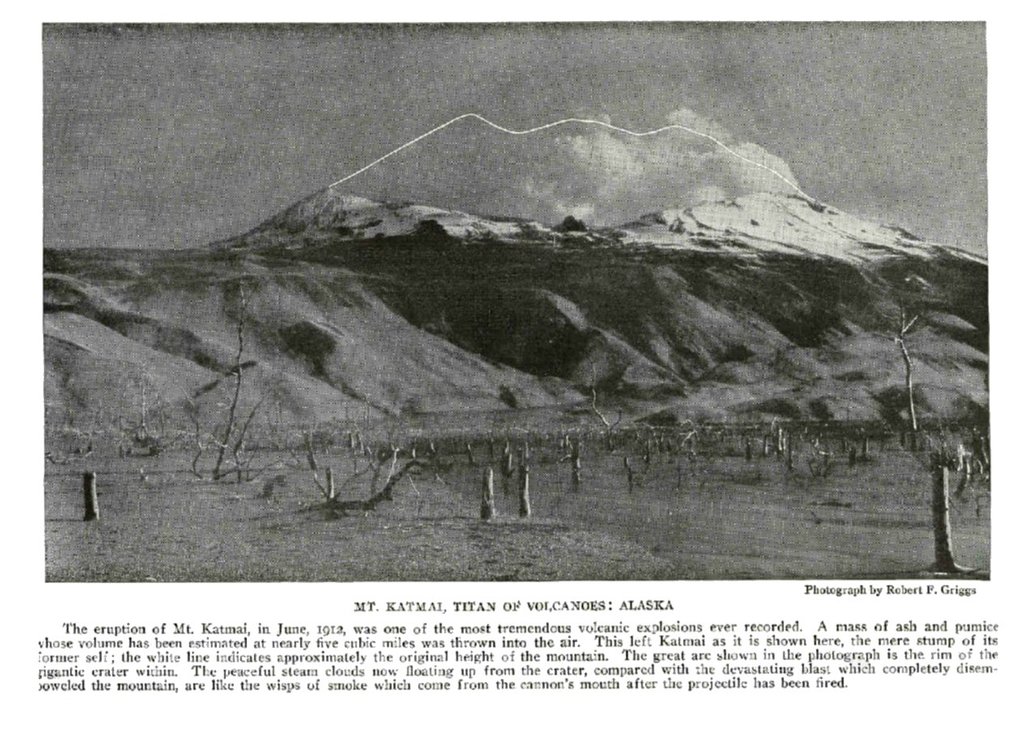 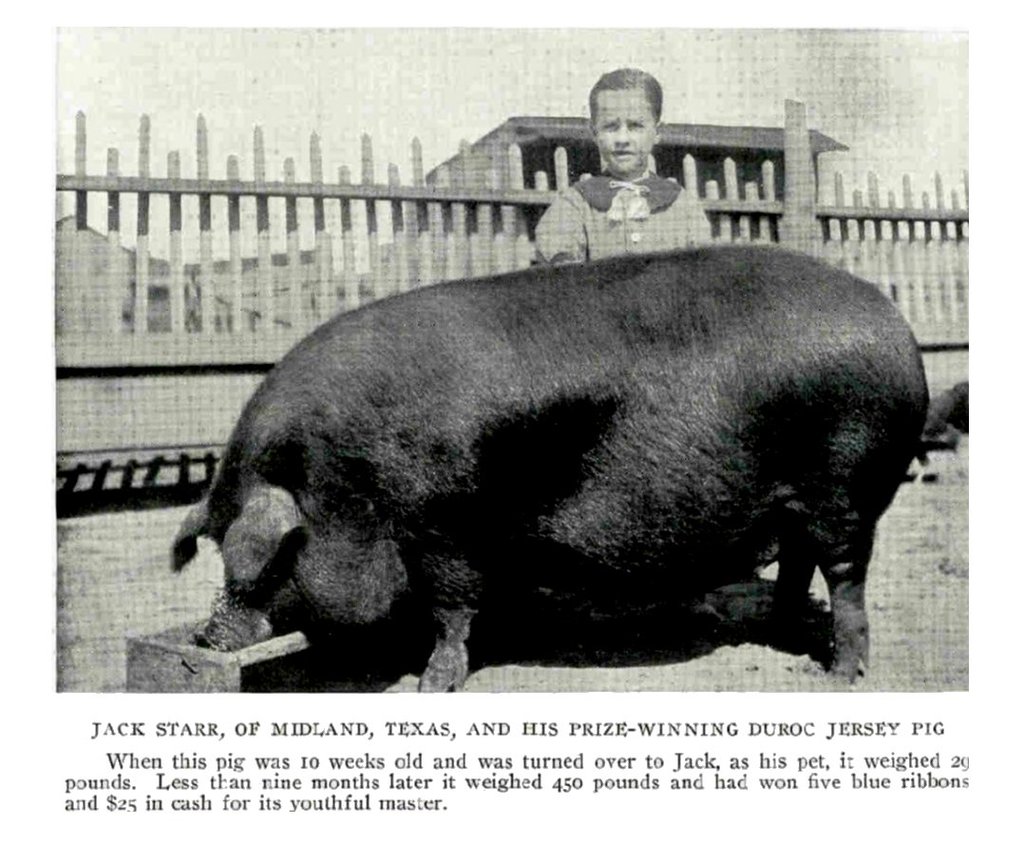 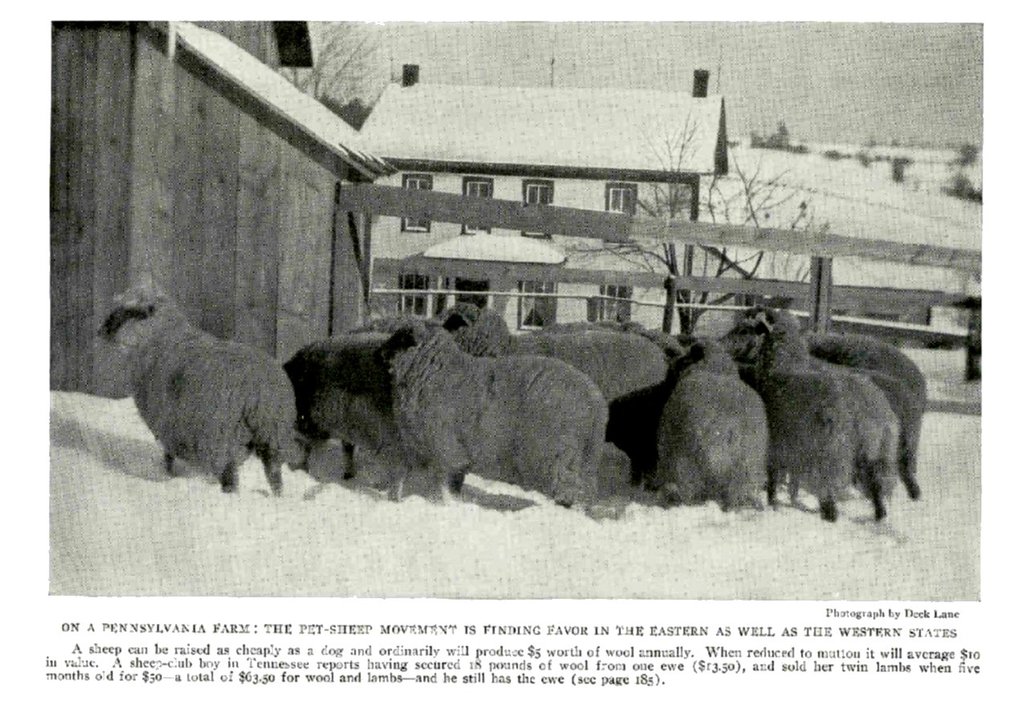 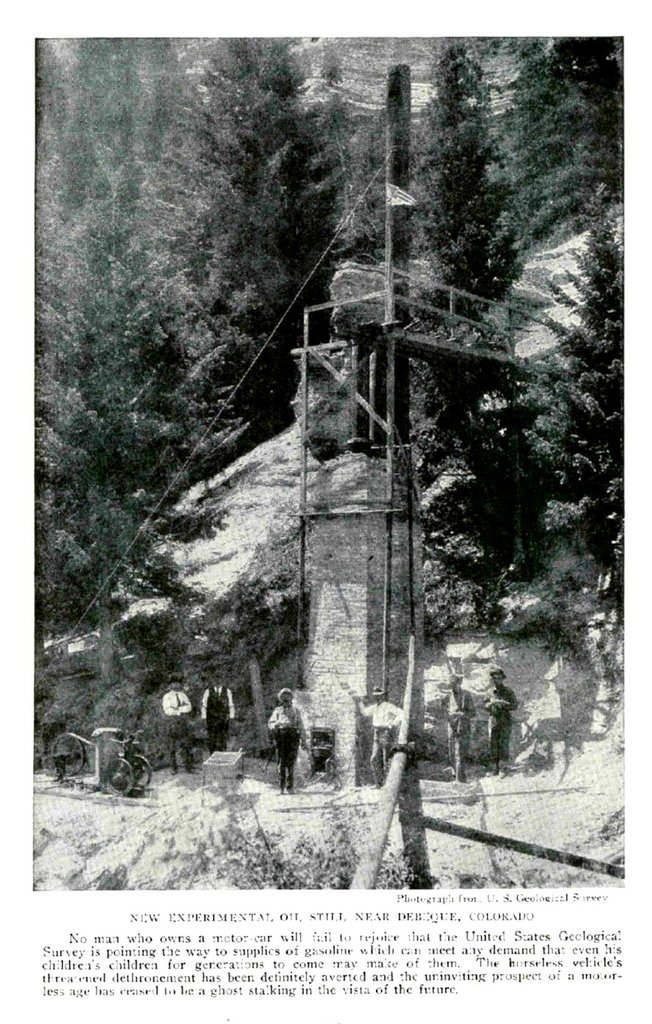 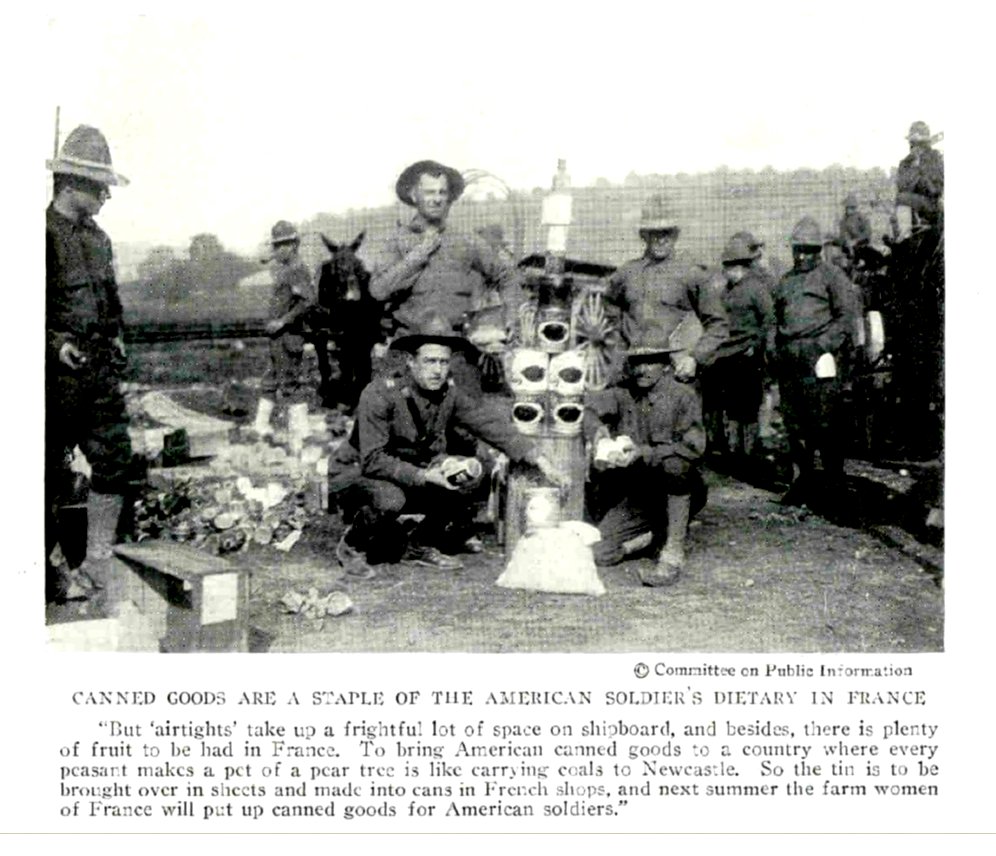 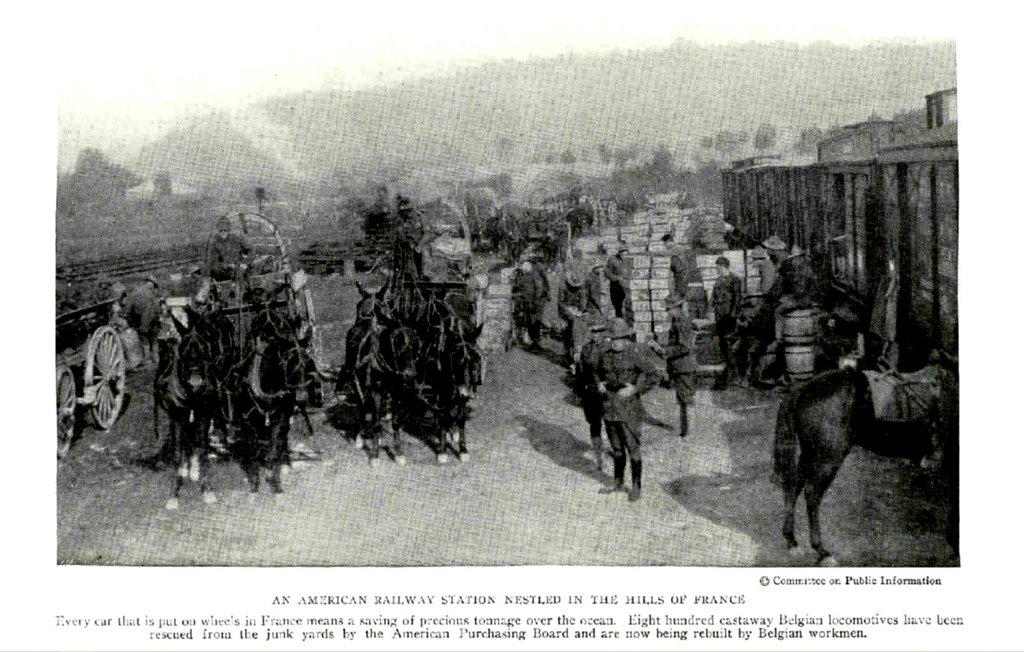 And thank you too Phil!

Very nice read.  These expeditions (Katmai), although technical in nature, are still very readable and enjoyable.

Keep up the good work!