This is review number thirty-two in my ongoing series about one-hundred-year-old National Geographic Magazines. 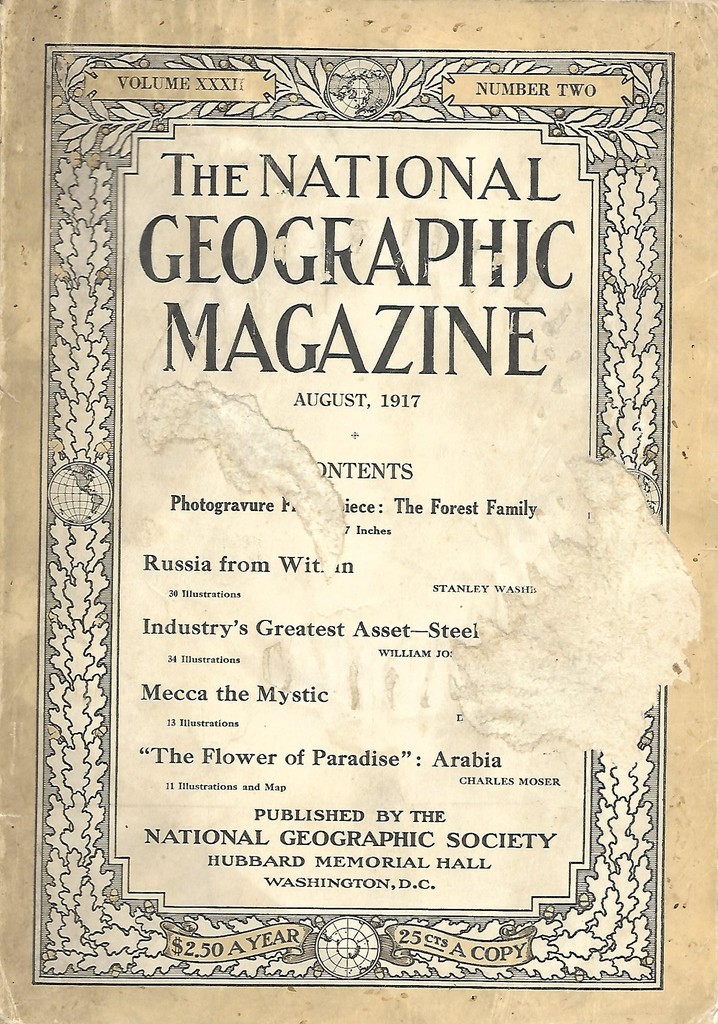 As the cover shows, there are four articles in this issue.  But before the articles begin, this issue has a Frontispiece entitled “The Forest Family”.  It is an 11 by 17-inch Photogravure fold-out. A photogravure uses a photoengraved copper plate to mass-reproduce a photograph.  The plate is etched to various depths and the resulting ink amount transferred determines the brightness:  shallow for light and deep for dark.

The image is of a mother bear sitting upright, leaning back against a tree, and facing the camera.  She has two cubs, both upright and leaning on their mother.  They are obviously nursing, backs to the camera and faces buried in their mother’s bosom.  The image has the distinctive brownish hue of a photogravure.  The caption below the image has the title “Babes in the Woods”.

The first article is entitled “Russia from Within” and was written by Stanley Washburn, for Three Years Special Correspondent with the Russian Armies.  The article has thirty black-and-white photographs, of which eleven are full-page.

The author urges the reader not to judge Russia on day-to-day news, but to take a wait-and-see attitude towards the country as it attempts to democratize while at the same time trying to prosecute a war.  By detaining two to three million enemy troops in the east, Russia is buying time for the Allies on the Western front as they wait for the bulk of the American Army to join the fight.  With the outcome almost a certainty with America’s entry into the war, the longer Russia can stay in the fight, the shorter the war will last.

Mr. Washburn describes the many contributions to the war effort Russia has made so far, and the many sacrifices she has made and hardships she has endured during the conflict.  He talks about the last years of the Tsar’s reign and the growing unrest, and on into “the Most Remarkable Revolution in History”.  He then goes into the current situation with the new, socialist Duma (committee) splitting, with the sounder representatives supporting the new government while the more radical ones are preaching sedition.  These extreme radicals call themselves Maximalists or, as the Russians say, “Bolshevik”.  They now represent probably less than 15% of the committee and can be discounted.  (At least until November.)

The Germans have been taking good advantage of the uncertainty in Russia by engaging in a massive propaganda campaign to convince the Russian people to sue for a separate peace with Germany.  Thankfully this effort has fallen on deaf ears, for the most part.  Unfortunatey, Russia is unable to mount any offensives along the Eastern Front this summer, or for the foreseeable future.  The hope is that they can soldier on and keep much of the German war machine occupied.

The second article in this issue is entitled “Industry’s Greatest Asset – Steel” and was written by William Joseph Showalter.  It has thirty-four black-and-white photographs; thirteen of them are full-page.  The author traces the production of steel and iron in the United States from mining to finished product.

His story starts in Hibbings, Minnesota, the iron-ore capital of the world and home to the Hull Rust mine.  Even though production occurs only eight months a year due to winter, Hibbins produces most of the iron-ore in America.  The ore is handled like sand, dug up with massive steam shovels, and loaded onto rail cars.  Trains transport the ore to Duluth where it is loaded onto ships for transport down the Great Lakes to Cleveland, Erie, Buffalo, and the other lower lake ports.  There the ore is unloaded and shipped to the furnaces.

Coal from Pennsylvania and West Virginia, Limestone from Ohio, Copper from Montana, Cotton from Alabama, and Nitrate from Chile all make their way to the furnace as well.  The coal is purified into almost pure carbon, or coke.  The iron-ore is then mixed with the coke and limestone in exact proportions.  Too little limestone and the result has impurities, too much and the result is too brittle.

The limestone has a “affinity” for the impurities in the iron and draws them out.  Being lighter than iron, the limestone floats to the top and is skimmed off.  This limestone/impurities mix is known as slag.  The resulting molten iron originally was poured into clay molds know as pigs.  Even though this practice is no longer exclusively used, the resulting product is referred to as Pig Iron.

Pig Iron is then shipped from the blast furnaces to be used in the production of any a number of steel and iron products, from wrought iron and cast iron to malleable steel and tool steel.  Depending on the need, this next step involves re-melting and purifying of the pig iron, the addition of carbon and/or alloys at the exact amount, and the casting of the finished products.

The third article is entitled “Mecca the Mystic” with the subtitle “A New Kingdom Within Arabia”.  It was written by Dr. S. M. Zwemer.  It has thirteen black-and-white photographs of which nine are full-page.  It tells of the newly-independent province of Arabia known as El Hejaz.

The author explains the importance of this province to the Muslim nations throughout the world, for it holds the two most revered sites of that religion, the cities of Mecca and Medina.  A pilgrimage to Mecca, or Hajj, is obligatory in a Muslim’s lifetime; while a pilgrimage to Medina, or Ziyarat, is meritorious.  Mecca is home to the Ka’aba Stone, a gift from heaven (meteorite).  Medina is the site of Mohammed’s Tomb.

The last article, entitled “’The Flower of Paradise’: Arabia”, was written by Charles Moser, Formerly American Consul, Aden, Arabia.  The article has ten black-and-white photographs, three of them full page, and a full-page sketch map of the Arabian Peninsula on page 181 for referencing locations in this and the previous article. The title is a little misleading, the “flower of paradise” is not Arabia herself, but a flowering shrub grown there known as “Khat”.  The leaves are chewed, and the affects range from stimulation to hallucination depending on the quality and dosage.  The drug is used socially; and activities, events, and even marriages are planned around its use.

At the bottom of the last page of this issue is “an Appeal to Members” to read the announcement on a page within the back advertisements.  This is the same request for money as in the last issue.  It is to cover cost of the establishment and operation of the “National Geographic Society Ward in the American Ambulance Hospital, Neuilly, Paris, France”.

As with last issue, there is a full-page black-and-white photograph with a caption on the facing page to the announcement/form.  This one is different from last month’s and shows a winter view of the exterior of the hospital buildings. 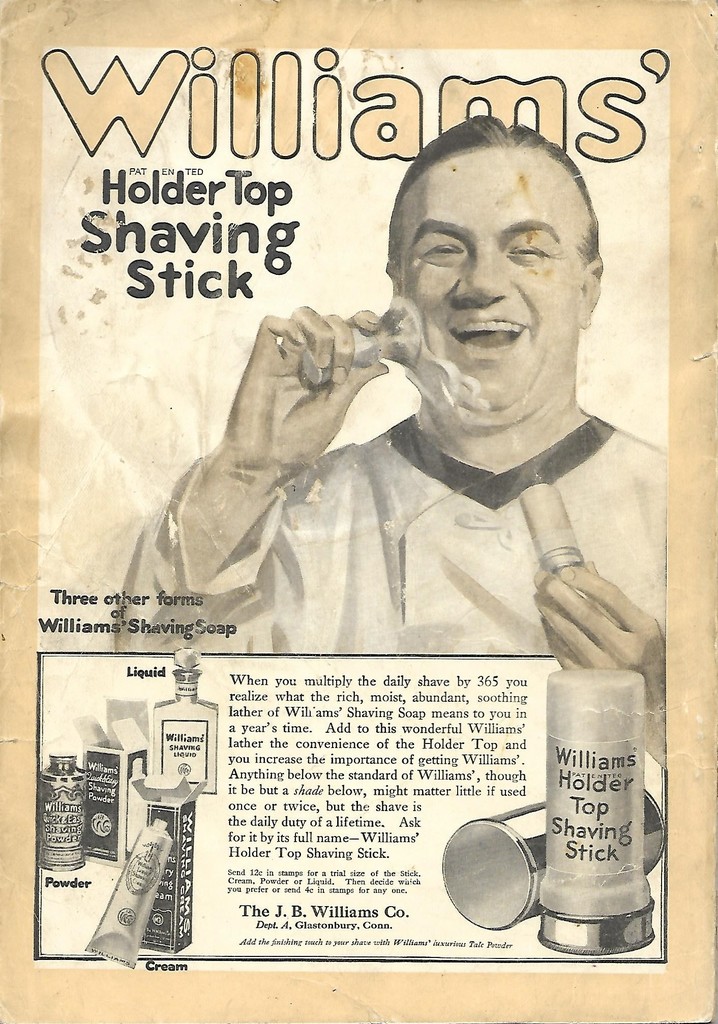 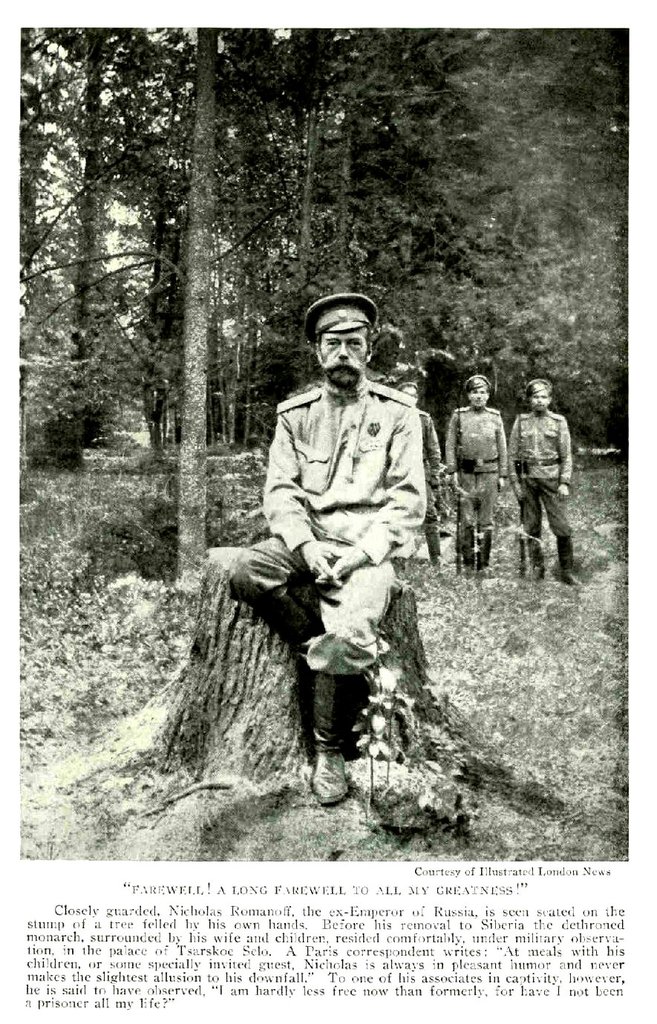 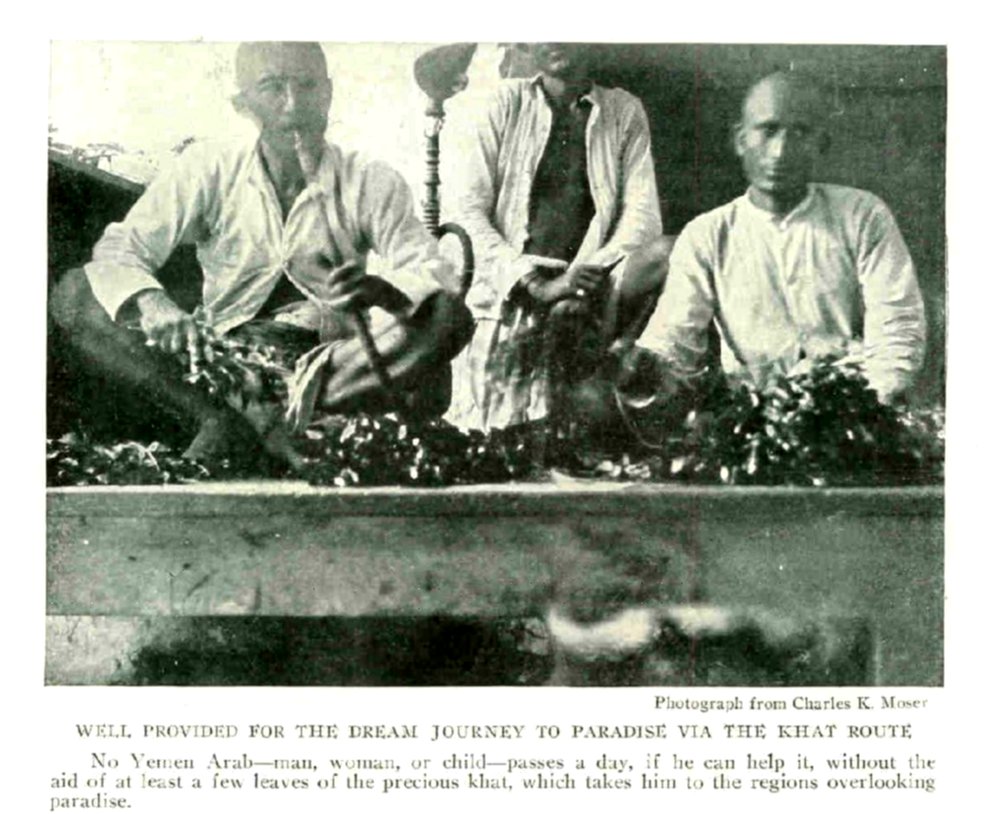 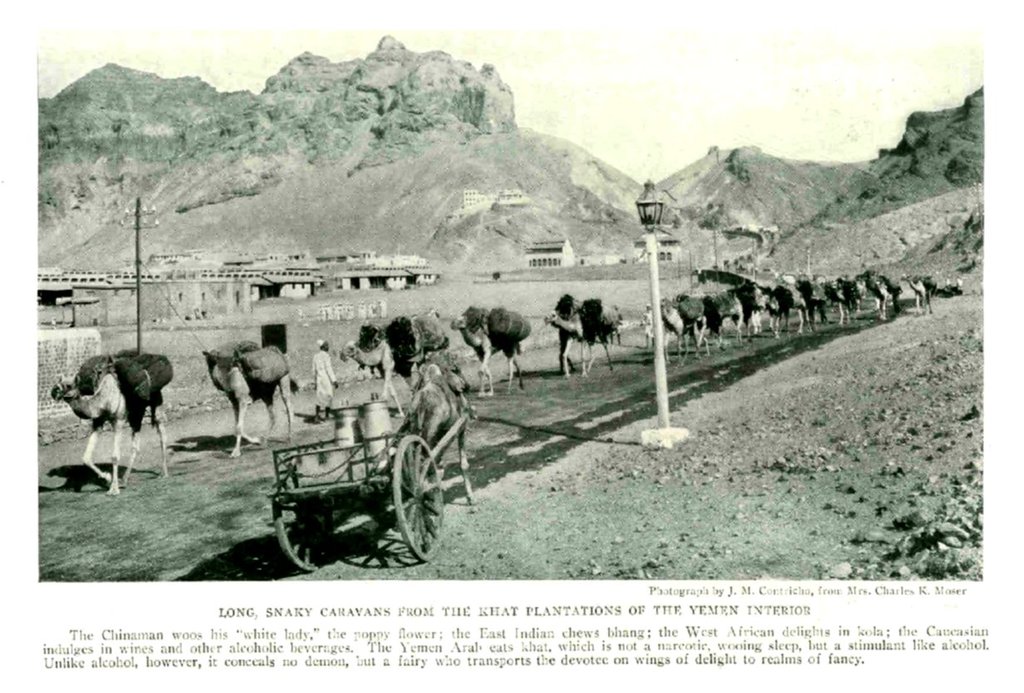