I found some old National Geographic that were off to be recycled. I don't know a lot about them and can't find much information on them.

I believe the two 1908s are original bound; vol 19-1 and 2. Both of these are bound with metal, if that helps. All are in great condition and do not have any maps inside.

My main questions are: How do I confirm these are 1964? How do I figure out if the 1908s are actually originals?

After that what would the value of each set be? I would be looking to sell because I am moving in a few months. 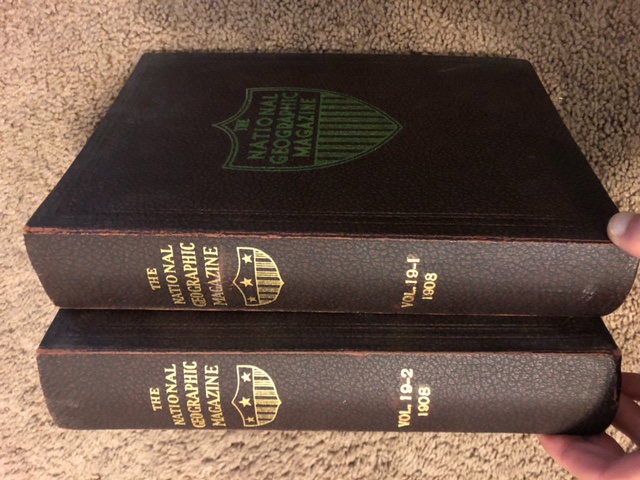 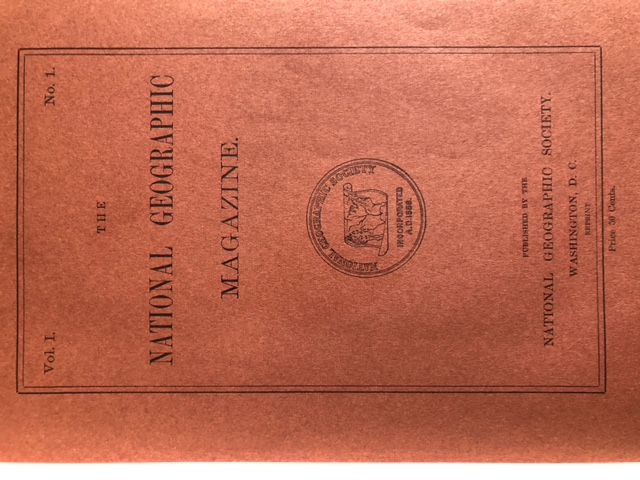 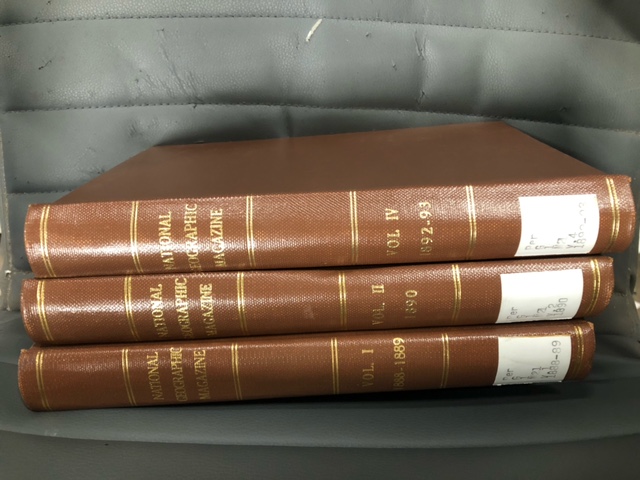 Reprints span 1888 - 1907 and have the small, all caps "REPRINT" located centered and about 2 inches from the bottom edge of the front cover. Thanks that is really helpful. Mine say reprint, but I also know that there were multiple versions of the reprint. How do I know which year reprint it is?

Of course, there's always an exception(s):

{copied from the link I gave you above...with a corrected error found by Tom Wilson after publication}

In a letter dated July 13, 1989, signed by Eugenia M. Ryan, Research Correspondence for the NGS, a copy of which was posted on the National Geographic Collector’s Corner forum by Mr. Jeffry Persons on 9 March 2015, the following 1964 reprint production is summarized:

So, only the reprint of Vol 1, No 1 had two production runs. The second run was 1975. On the inside of the back cover, in the lower right quadrant, you'll find the miniature number - 75. The 1964 reprint of this issue has no number on the inside.

Then, and finally, there are the NGS sponsored 1922 reprints of Volume 1, No's 2 & 4. Each reprint issue had 1000 copies produced and are exactly the same size as the original (unlike the 1964 reprints which are all larger) differentiated from the "red brick" originals by being produced with purplish covers with vertical parallel light gray watermark lines.

Ah, that makes a lot more sense. Thanks for the information.