Note: This is the 21st in a series of brief reviews on National Geographic Magazines as they mark the one hundredth anniversary of their publication. 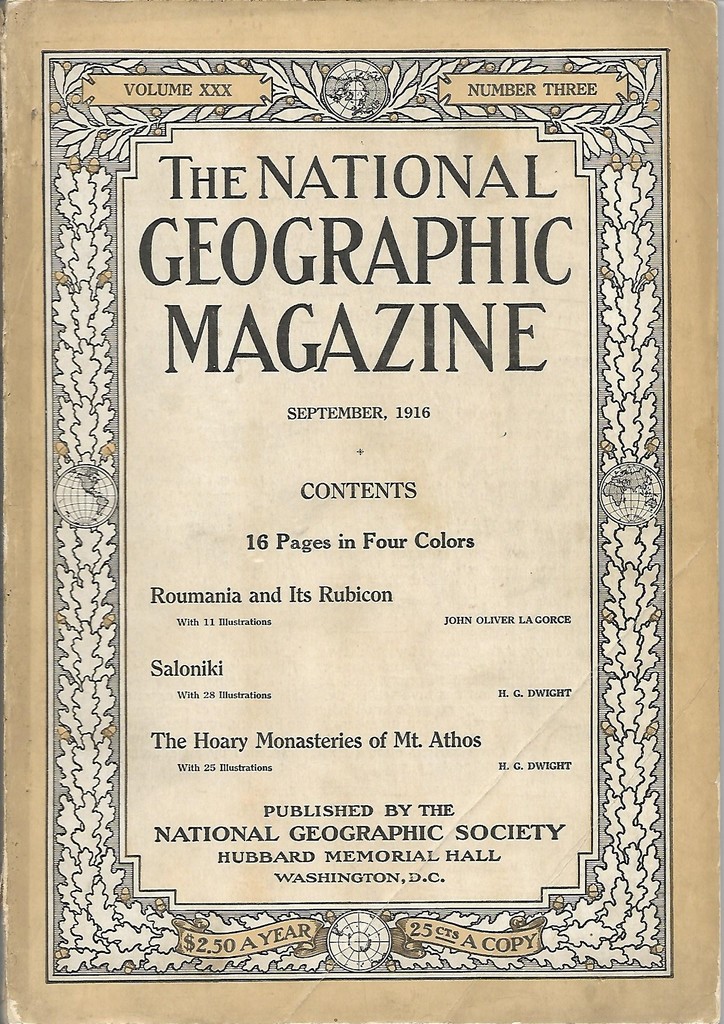 As you can see from the cover, there are three articles in this month’s issue.  The first is written by John Oliver La Gorce, the assistant editor, and is about the country of Romania at its crossroad of entering “The Great War” (on the side of the Allies).

The article starts with a discussion of the population of Romania proper and of a Greater Romania including regions of adjacent countries: Bessarabia in Russia, Transylvania in Hungary, and Bukowina in Austria.  The desire for a “restored” Romania was a driving force in the decision to enter the war.

The article then goes into background information about the country: its government, its economy and agriculture, its people and customs, its tumultuous history, and finally its geography.

The article includes 11 black and white photographs, but no map.  It does however reference the supplement “Map of Europe” from the July 1915 issue.

The second article is about the Greek city of Saloniki at the northwestern corner of the Aegean Sea.  On modern maps it is called Thessaloniki.  It, as well as the third article, was written by H. G. Dwight.

This strategically located harbor city is on one of the east-west routes used throughout history.  It has been used, in turn, by Darius then his son Xerxes and his Persian immortals; Philip and Alexander the Great; the Romans including Cicero, Nero, and Trajan; St. Paul the Apostle; Avars, Goths, and Huns; Bulgars, Franks, and Venetians; and the Turks.  It finally was retaken by the Greeks in 1912 during the Balkan War.

The article then goes on to describe the city, contrasting the old and the new i.e. and American streetcar passing under Roman arches.  The many towers and churches are described in detail.  Finally, the many peoples of the city are discussed: Christians, both Roman and Greek; Jews; and Muslim as the author goes from one quarter of the city to another.

The article has 28 black and white photographs and references an outline map on page 271 located in, and used as well by, the third article. 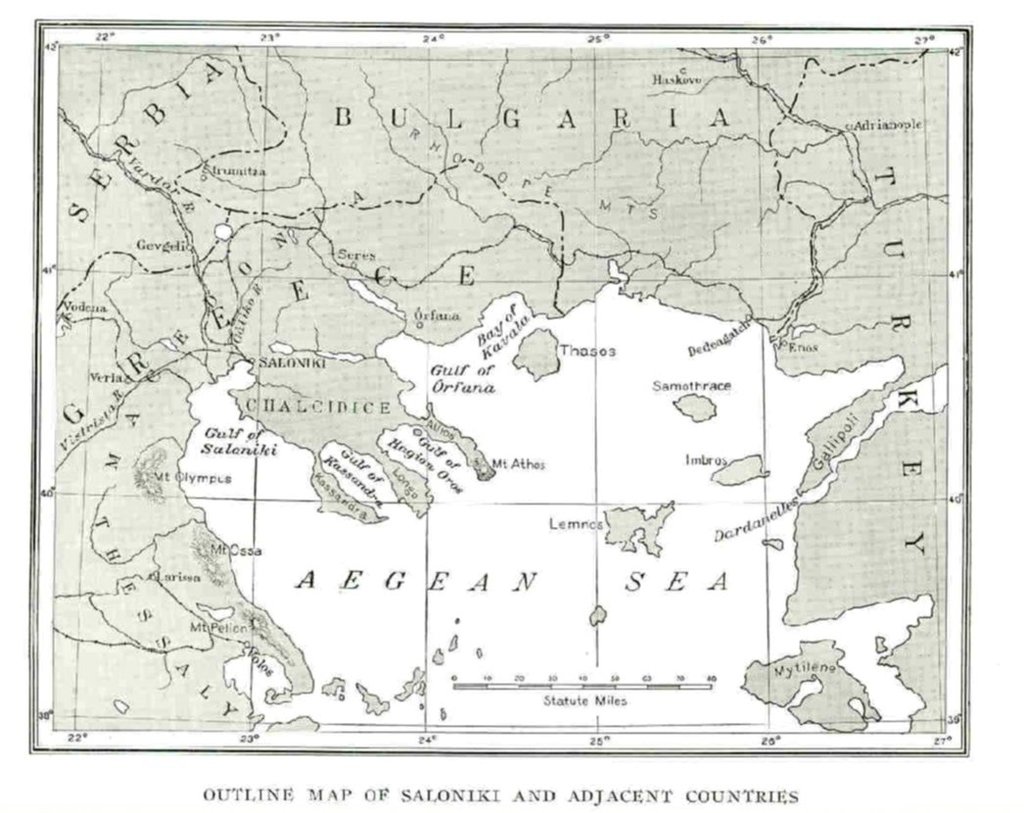 The last article is written about the authors visit to the Monasteries on Mt. Athos, a peak at the end of a peninsula jutting southward out into the Aegean Sea.  These monasteries are self-governed and are male only, no women allowed.  Arriving during Lent, the fasting rituals are discussed along with other aspects of the cloistered life.

The architecture, art, and literature of the various monasteries are discussed in turn.  Lastly, the ritual of the Annunciation is covered in great detail since the author was fortunate enough to be present for it.

The article contains 25 black and white photographs and the above mentioned map.

In addition to the three articles, this issue contains a spread of 16 color photographs between the second and third articles.  These photos are not related to any of them but give a whirlwind tour of our planet.  The first eight and tenth are from North Africa: Tunisia and Algeria.  Next is a beautiful photo of the Taj Mahal in Agra, India and one from Delhi.  Then on to the Panama-Pacific Exposition in California.  The next photo is of a Hopi Indian and the last three are from Holland. 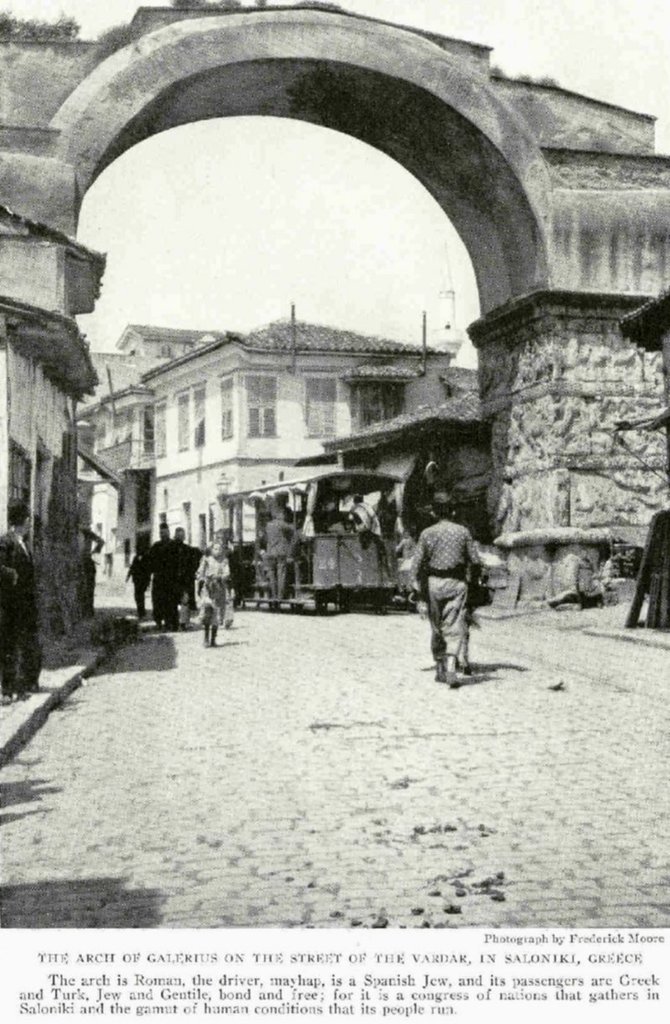 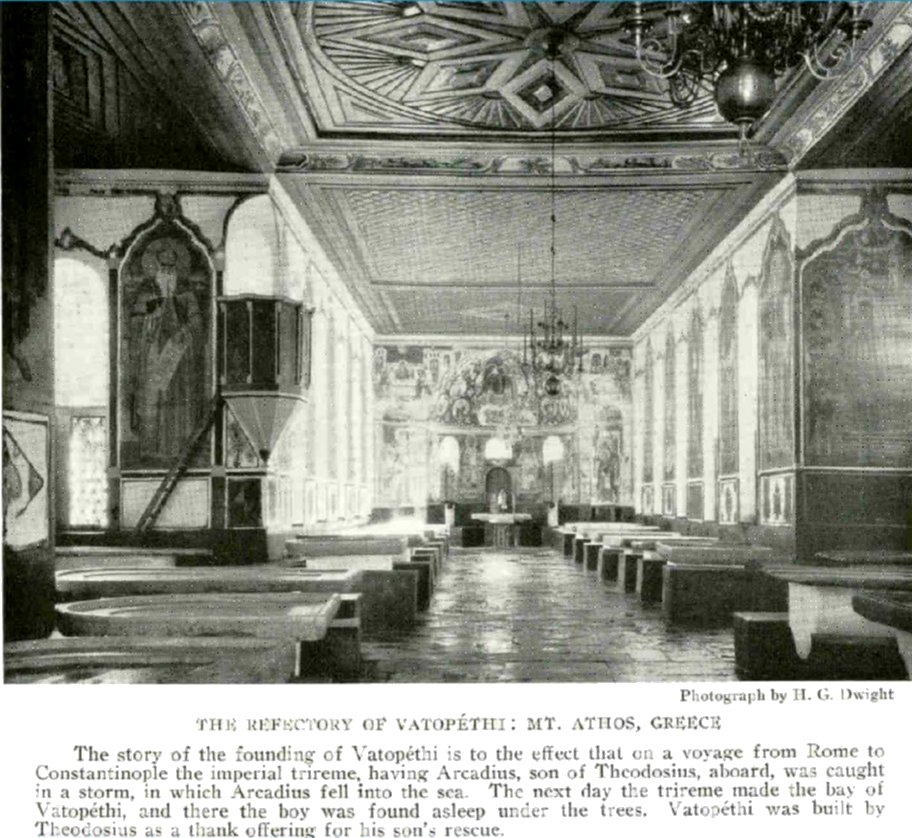 Note: I just added a map referenced by the second and third articles in this review.  (Thanks Phil.)

Note: I just added a map referenced by the second and third articles in this review.