By 1918, the Cream of Wheat Company had been a long-time advertiser in the National Geographic Magazine. With their trademark character “Rastus” created by Emery Mapes and reportedly based on Chef Frank L. White, the company’s advertisements are instantly recognizable. The company’s resident artist, Edward V Brewer (1883-1971), fully developed the “Rastus” character as he appears on all of the product packaging and in most of the company’s advertisements. Besides using Mr. Brewer, the Cream of Wheat Company would, from time to time, commission guest artists to paint, or draw, works which were used in their advertisements.

In 1918, the Cream of Wheat Company bought space on the inside back cover of the National Geographic for their ads. Here is the complete set of these ads as they appeared in the magazine. I’ve added a few comments along the way, to highlight guest artists and to address some social issues. 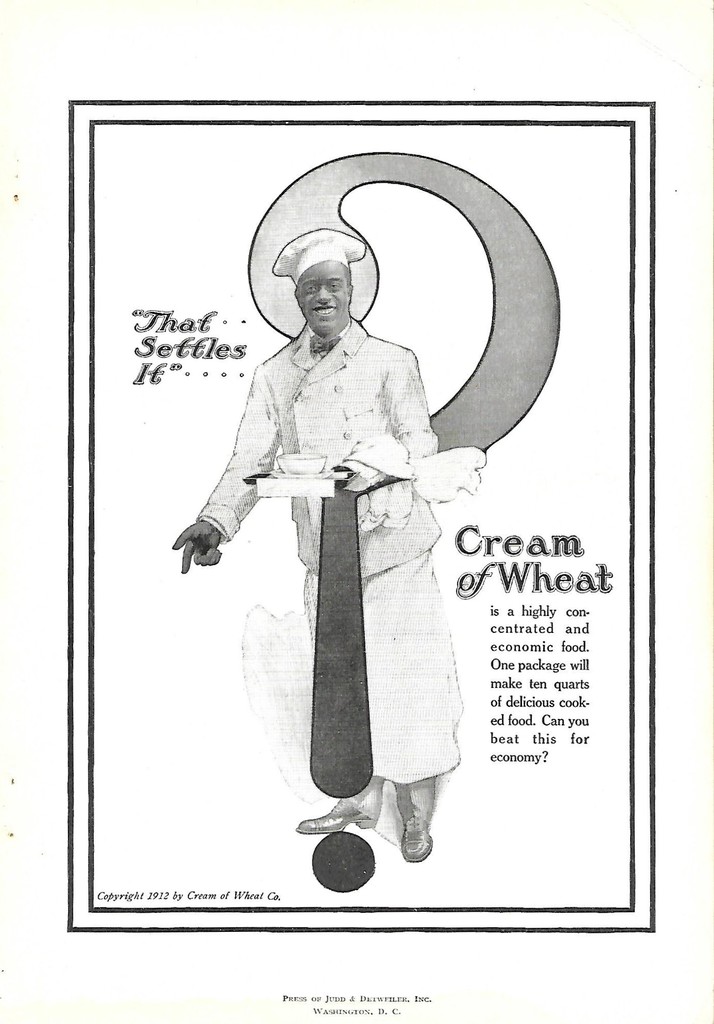 No title or byline. (Probable by Brewer) 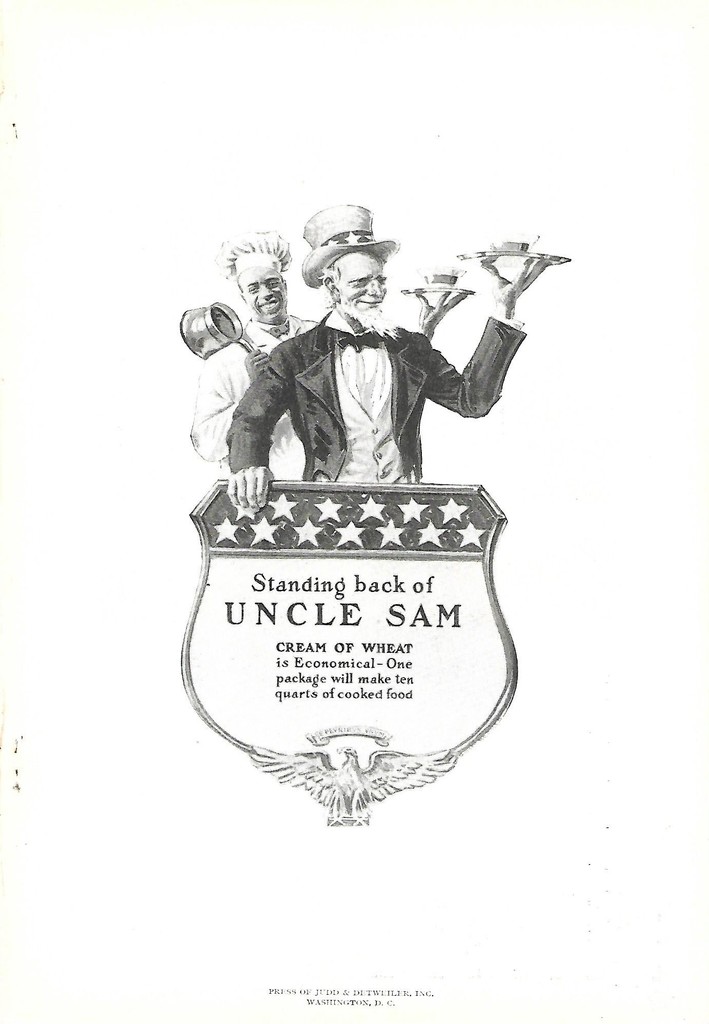 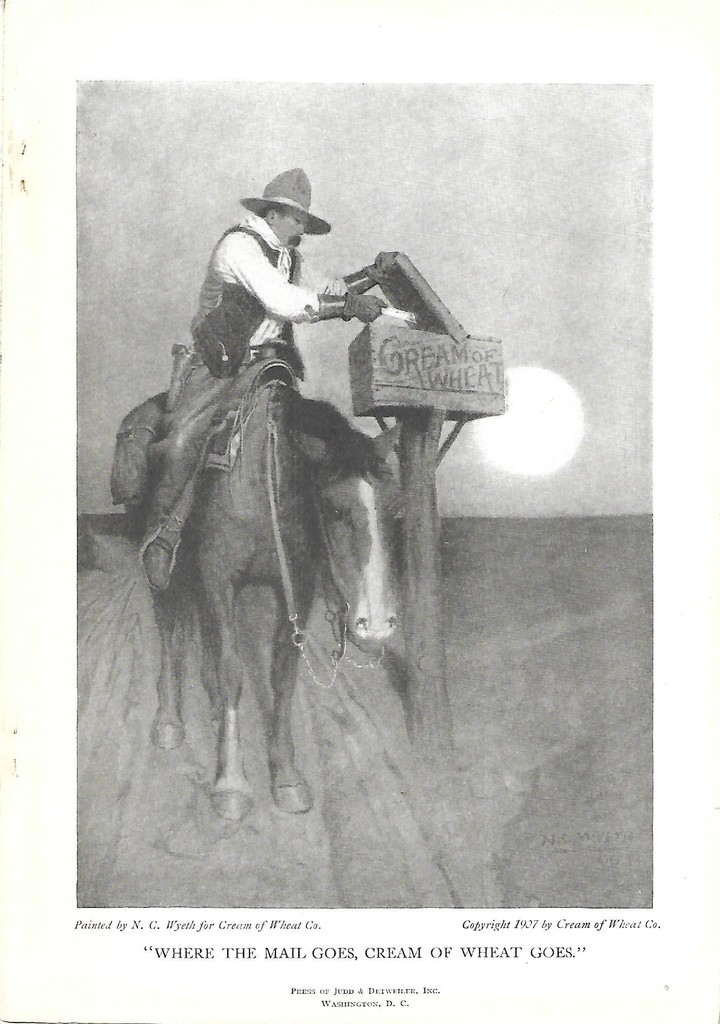 Newell Convers Wyeth (1882-1945) was an American artist and illustrator. He illustrated over 112 books, 25 for Scribner’s (the first of these was “Treasure Island”). He made over 3,000 paintings, including this one and the ones hanging in the National Geographic Society Headquarters in Washington D. C. 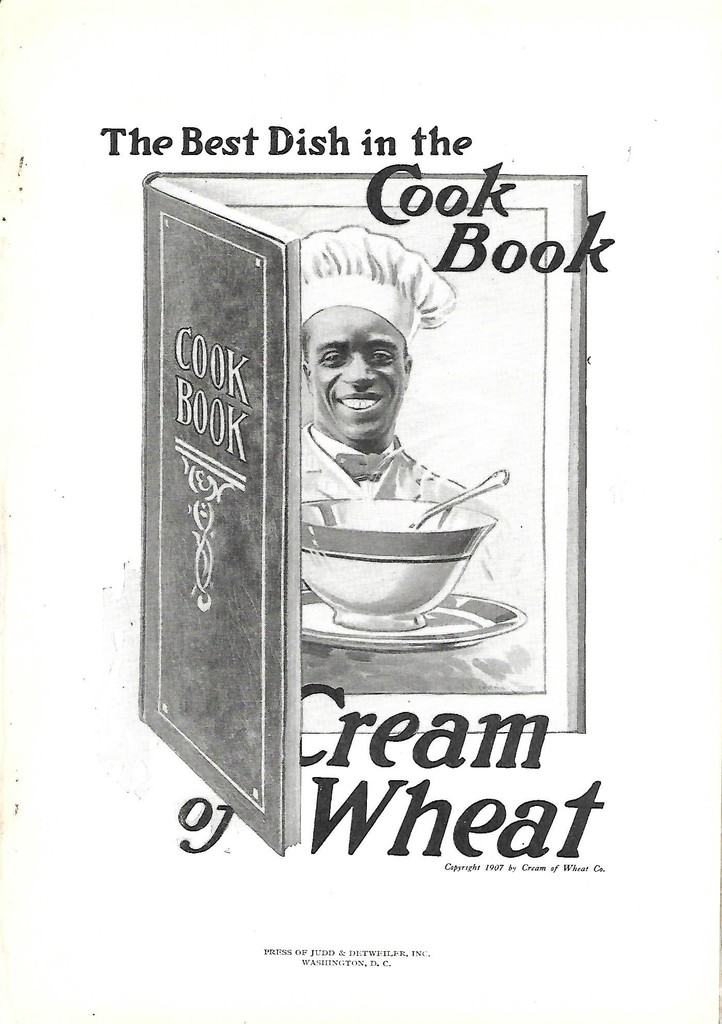 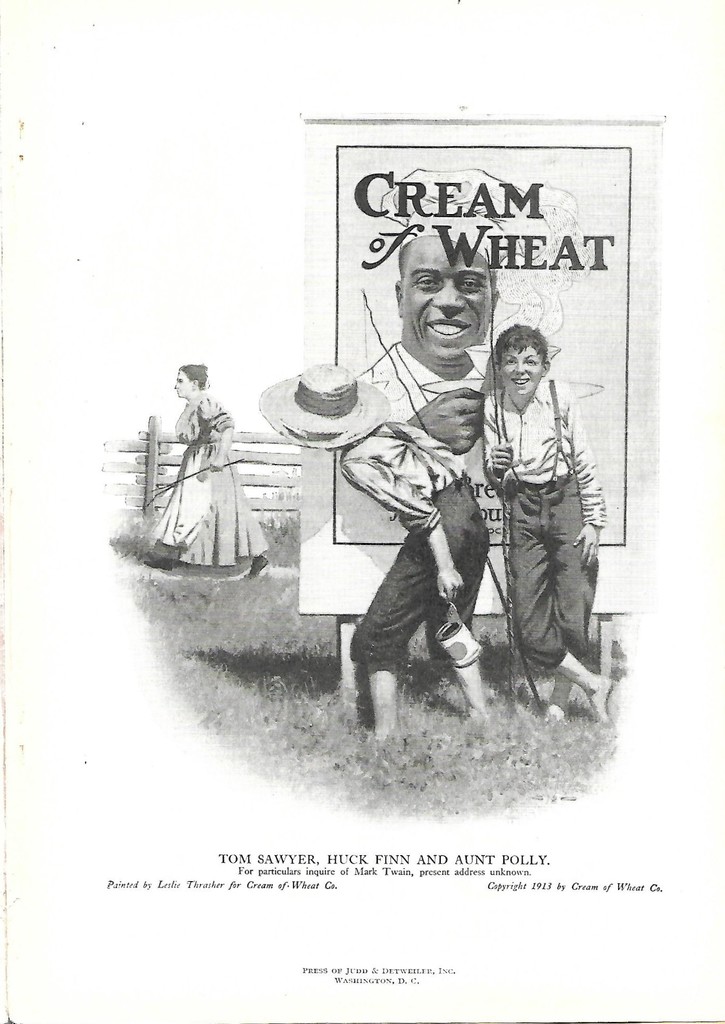 Charles Leslie Thrasher (1889-1936) was an American illustrator best known for his magazine covers for Liberty Magazine and the Saturday Evening Post. This particular ad has a subtitle: “For Particulars Inquire of Mark Twain, Present Address Unknown.” Denman Fink (1880-1956) was an American artist and magazine illustrator. This particular ad does present some blatant racial stereotyping since the African American boy is “deserting” his watermelon for some Cream of Wheat. 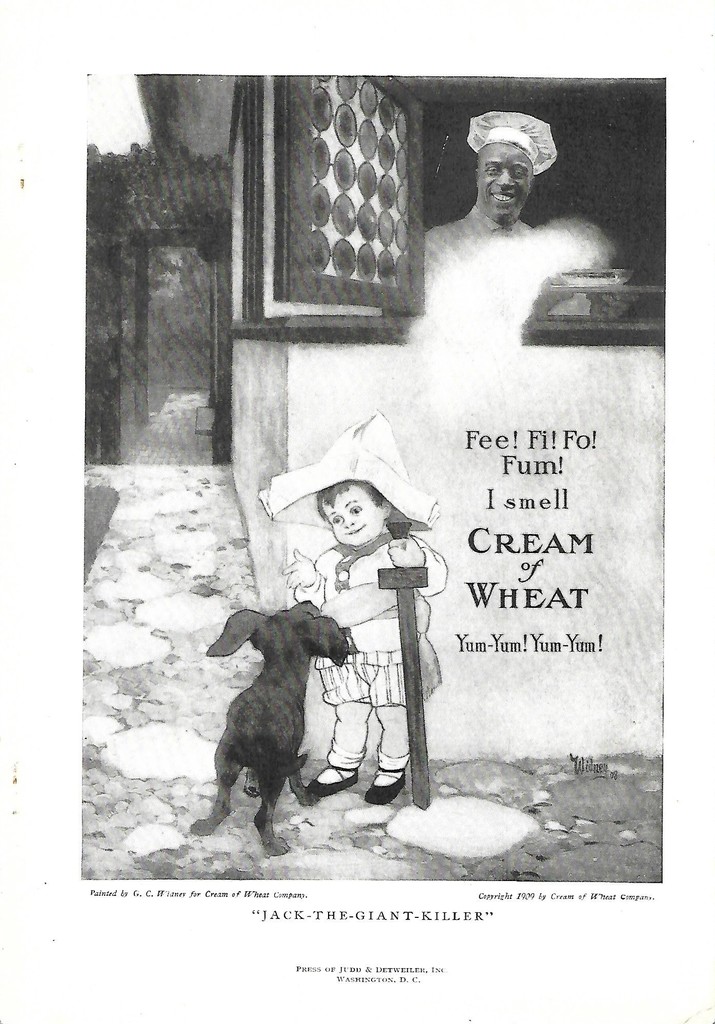 A brief search could find no references to the artist G. C. Wianey. 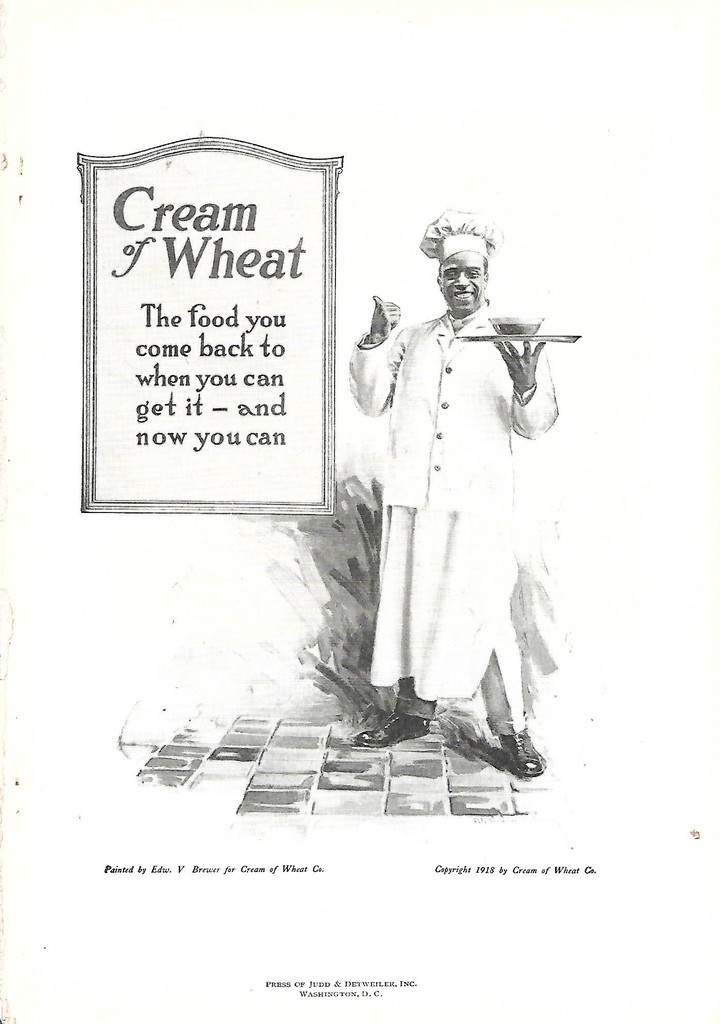 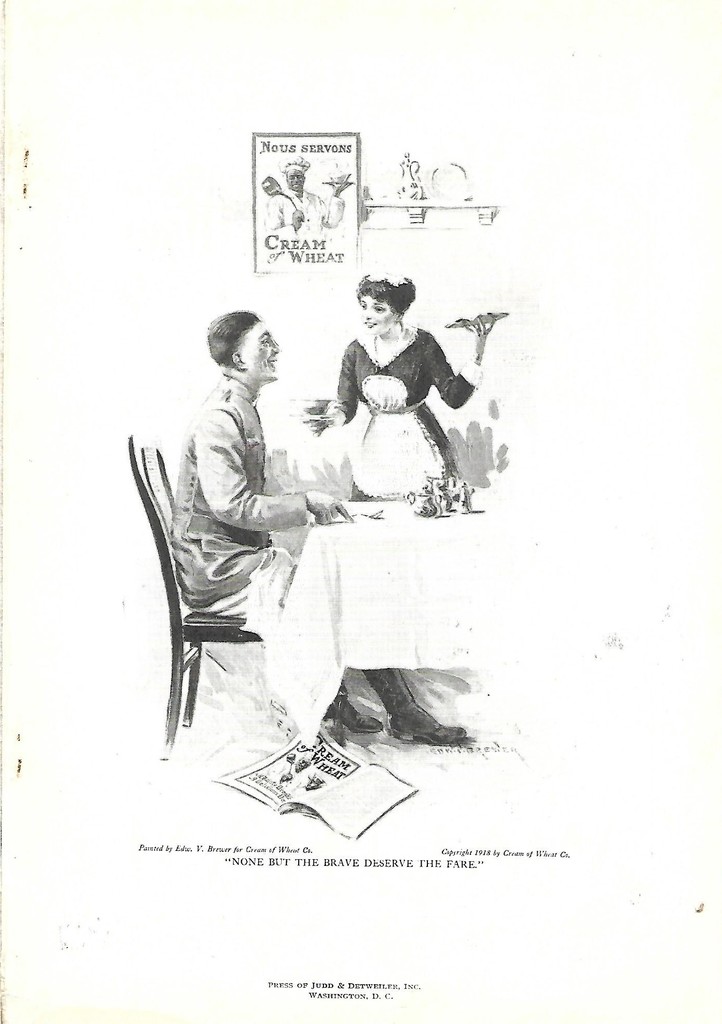 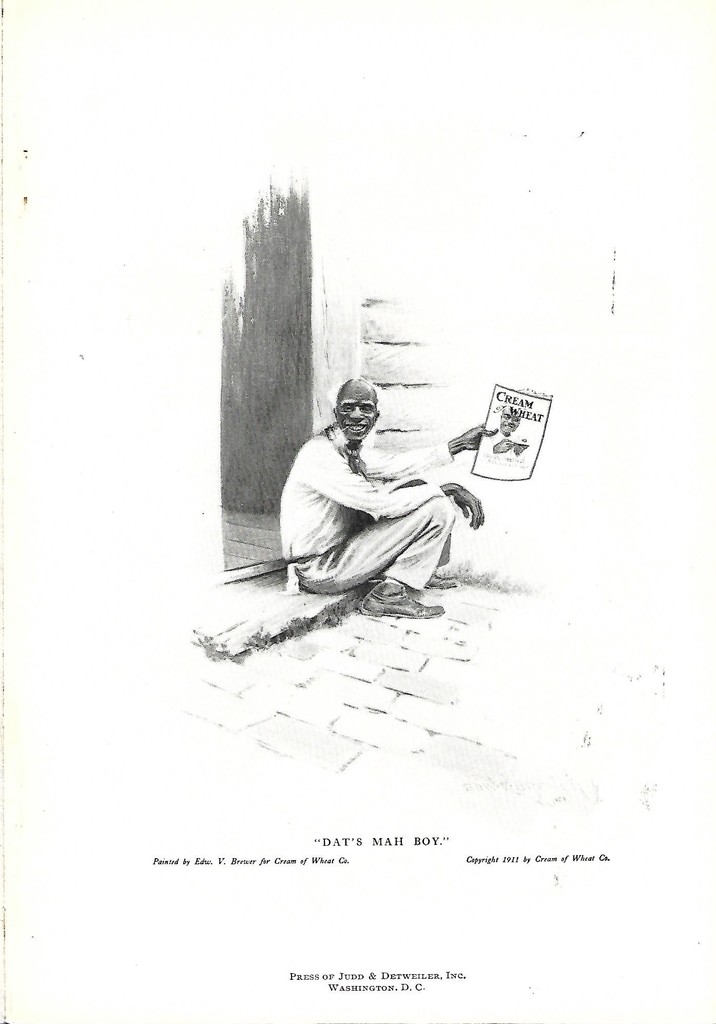 I hope these advertisements provide you with some “food for thought”, both artistically and socially.

Thanks for telling it "as it is (or was)"